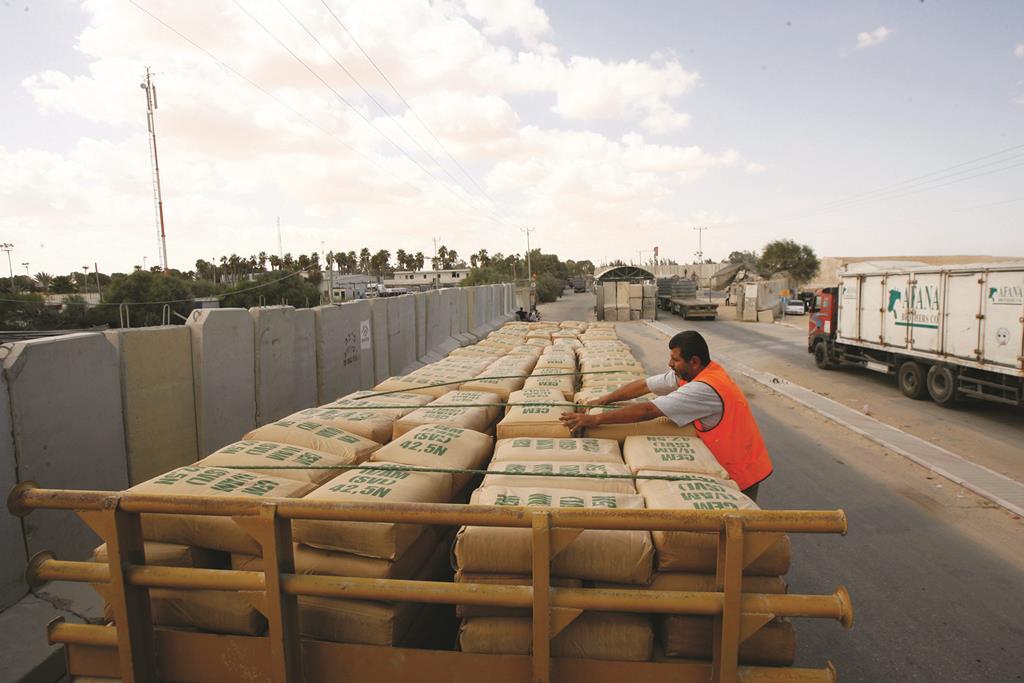 The decision by Israel Monday night to close the Kerem Shalom crossing between Israel and Gaza is “a war crime,” Hamas and and Islamic Jihad terror sources said. “The decision by the Israeli occupier to close the crossing is in opposition to the basic needs of human life, and nothing less than a crime against humanity. Israel continues its war against the Palestinians in Gaza while the international community remains silent,” the groups said in a statement.

In the wake of the ongoing tension in southern Israel, and after Hamas fired some 200 rockets at Israeli towns over Shabbos, Defense Minister Avigdor Liberman again signed an order closing the Kerem Shalom crossing, the only active crossing through which trucks carrying products and raw materials from Palestinian Authority-controlled areas in Yehudah and Shomron, or from Ashdod Port, are able to enter Gaza. Only “humanitarian aid” will be permitted into Gaza, the order said.

A similar order was signed just a week ago – but a report on Hadashot News showed large numbers of trucks entering Gaza the day after the order was signed, bringing a large variety of good into Gaza. The report said that the partial closure – or opening – of the crossing reflects an ongoing difference of opinion between the political echelon, represented by Netanyahu and especially Defense Minister Avigdor Liberman, against top IDF security officials. The former are in favor of clamping down hard on the Gaza civilian population as a response to the ongoing terror campaign by Hamas, which has devastated Israeli farms and forests along the Gaza border. The latter believes that doing so will not pressure Hamas to stop its campaign, but will simply make the suffering of Gaza civilians worse.

In its statement Tuesday, Hamas and Islamic Jihad said that “the steps that Israel has been taking display the ugliness of its crimes against the people of Gaza. These steps will have serious ramifications, and they are all the responsibility of Israel. Nothing will change our national aspirations and we will continue to oppose the Israeli occupation and restore our rights, and end the closure of Gaza.”