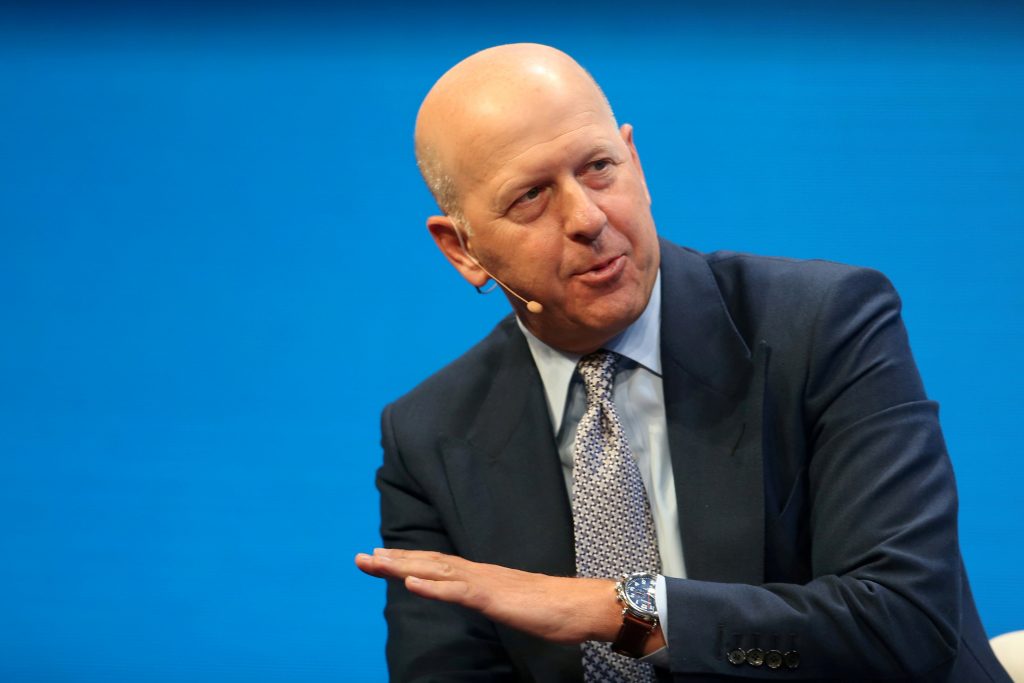 Goldman Sachs’ profits jumped 44 percent in the second quarter compared with a year ago, driven by the investment bank’s core franchises: advising companies on mergers, acquisitions and other deals, and its trading business.

Goldman also said Tuesday that Chief Executive Officer Lloyd Blankfein will retire on Sept. 30 and be replaced by David Solomon, the president and chief operating officer. Blankfein has been CEO since 2006.

Nearly all of Goldman’s businesses saw double-digit growth in the second quarter. Trading was particularly strong. Goldman’s institutional client services division, which contains the firm’s trading operations, posted net revenues of $3.57 billion in the quarter, up 17 percent from a year earlier.

Goldman’s trading performance can be fickle, driven by whether the market was volatile that quarter and whether the right sort of securities saw the right sort of movement. Like its competitor Morgan Stanley, which will report results Wednesday, Goldman has been looking to diversify its businesses, moving in recent years into consumer lending and consumer banking.

Goldman’s investment banking business also had a solid quarter, posting net revenues of $2.05 billion, which is up 18 percent from a year earlier. The firm saw both higher underwriting revenue, as well as revenue for advisory services.

The firm’s return on equity ratio — a closely watched performance gauge for banks like Goldman Sachs, which measures how much money the bank earned with the money investors have lent it — was 12.8 percent in the quarter. Banks like Goldman try to keep that figure above 10 percent.