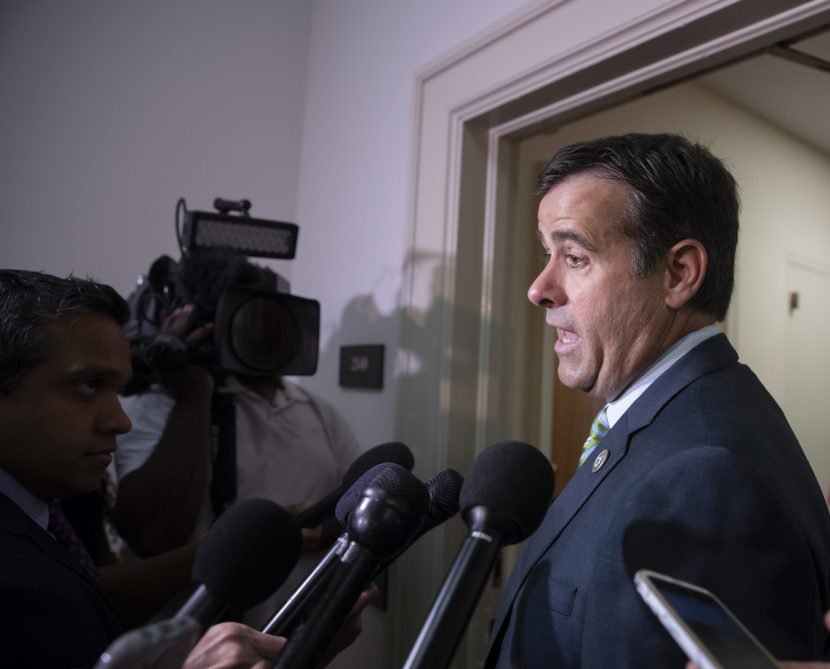 That’s the swift and sweeping condemnation directed at President Donald Trump on Monday after he sided with Russian President Vladimir Putin during a stunning appearance in Helsinki — and that’s just from the Republicans.

Lawmakers in both major parties and former intelligence officials appeared shocked, dismayed and uneasy with Trump’s suggestion that he believes Putin’s denial of interfering in the 2016 elections. It was a remarkable break with U.S. intelligence officials and the Justice Department. And just as alarming for some, Trump also put the two countries on the same footing when casting blame for their strained relations.

Sen. John McCain, R-Ariz., called it “one of the most disgraceful performances by an American president in memory.”

“This was a very good day for President Putin,” said Sen. Bob Corker, R-Tenn., the chairman of the Foreign Relations Committee. He said Trump’s refusal to condemn Russian interference in the 2016 election makes the U.S. “look like a pushover.”

Rep. Will Hurd, R-Texas, said he’s seen Russian intelligence manipulate many people in his earlier career as a CIA officer. But, he tweeted, “I never would have thought that the US President would become one of the ones getting played by old KGB hands.”

House Speaker Paul Ryan weighed in to say there’s “no question” that Russia interfered in the 2016 presidential election and “no moral equivalence” between the U.S. and Russia.

Much of the Republican rebuke came from lawmakers who have been willing to openly criticize the president, a group that remains a minority in the GOP.

Many top Republicans remained on the sidelines after the Justice Department on Friday indicted 12 Russian intelligence officials for election-related hacking.

Trump ally Newt Gingrich called it “the most serious mistake” of Trump’s presidency — and one that “must be corrected immediately.”

Democrats pleaded with their GOP colleagues who have majority control of Congress to rein in the president and become a stronger legislative check on the executive branch.

Sen. Chuck Schumer, D-N.Y., the minority leader, says never in the history of the country has an American president supported an adversary the way Trump sided with Putin. He challenged Republicans to move beyond words and confront the president directly by increasing sanctions on Russia and requesting testimony about the summit from Trump administration officials, among other things.

Monday’s firestorm erupted when Trump, standing side by side with Putin in Helsinki, refused to say he believed that Russia interfered in the 2016 election, or to publicly condemn it. Instead, he directed his ire at Democrats and U.S. officials, calling special counsel Robert Mueller’s probe of Russia a “disaster.”

Asked if there was anything he thinks Russia should take responsibility for, Trump said, “We’re all to blame.”