World Trump: Getting Along With Russia a ‘Good Thing, Not a Bad Thing’
World 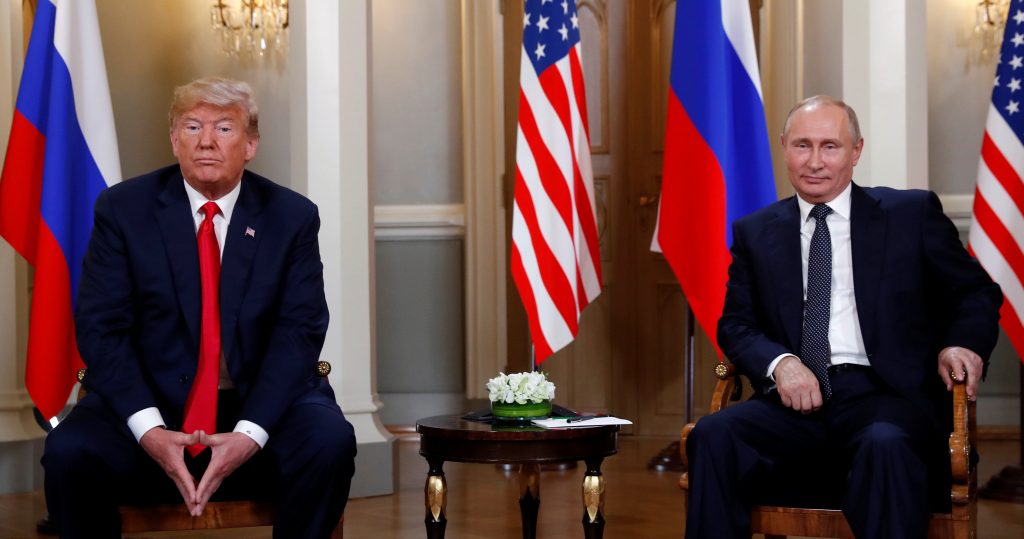 After an hour’s delay, caused seemingly by President Vladimir Putin’s late arrival in Helsinki, the long-awaited meeting between the two presidents finally took place in the Presidential Palace, Helsinki. It is unclear why the Russian president arrived late, although he is apparently notorious for doing so.

President Trump, not surprisingly, did not want to leave his hotel until he knew his counterpart would be arriving at their meeting place at approximately the same time. The two leaders then engaged in a standoff, until they could get their timings correct. Given the level of world interest in this meeting and the reputations of the protagonists, neither leader could afford to be seen as the one to give way to his opposite number.

The two separate motorcades traveled through the streets without attracting significant interest until near their destination, where thousands of people had gathered on the pavements or watched from café windows. Very few people held signs, either supporting or protesting the leaders’ visit.

The presidents gave a brief press conference, accompanied by translators, against a backdrop of flags – three each from each country. President Putin spoke first, saying it was a pleasure to meet President Trump.

Putin told Trump that it was time to talk about relations between Moscow and Washington. Putin also suggested they should discuss difficult multi-national issues.

“There are enough of them for us to start paying attention,” he said.

President Trump in turn congratulated Mr. Putin on Russia’s successful hosting of the World Cup. He then went on to say that the two leaders had a lot of good things to talk about, including trade, China and “our mutual friend President Xi.”

Mr. Trump said that “we are two great nuclear powers. We have 90 percent of the world’s nuclear [weapons], and that’s not a good thing, it’s a bad thing.” He suggested that he hopes they can do something about it.

“I’ve been saying, and I’m sure you’ve heard over the years … that getting along with Russia is a good thing, not a bad thing,” Trump said.

He closed the press call saying, “With that the world awaits…” and the two leaders shook hands and went into their first meeting, accompanied only by translators. Inevitably, the handshake was subject to scrutiny. For the record, it lasted for about three seconds and neither party seemed to be dominant.