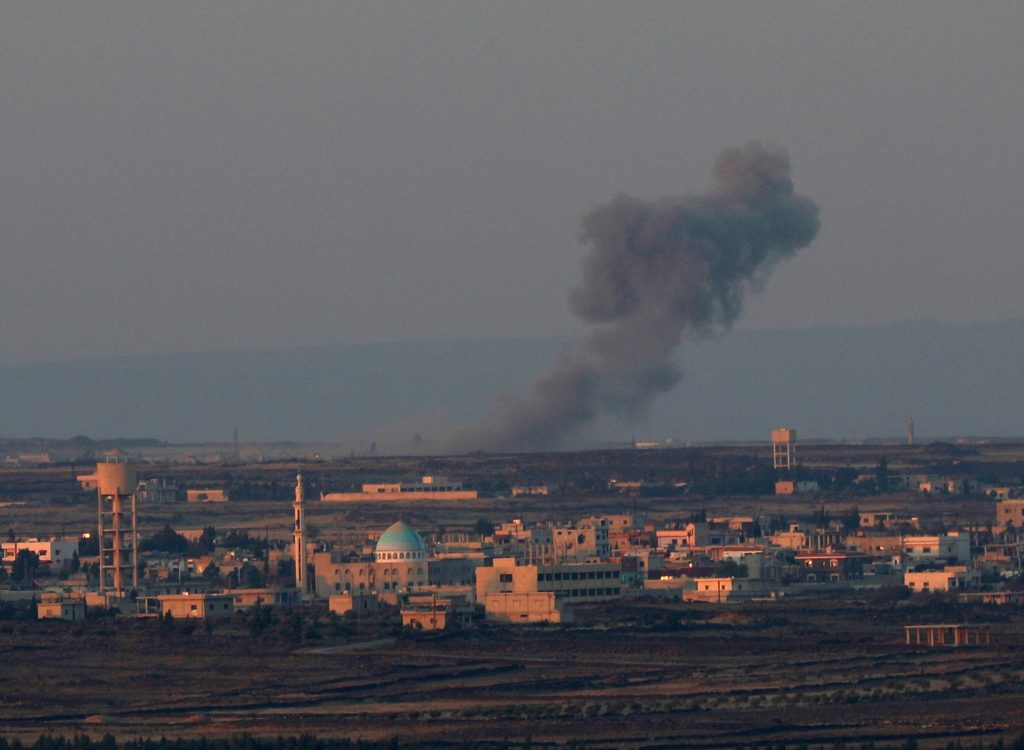 Syrian rebels and government forces clashed over a reconnaissance point near the frontier with Israel, a monitoring group said Monday, as the government pressed forward with military operations in the country’s southwest.

Government forces bombed villages and rebel positions around Tell al-Haara, said the Britain-based Syrian Observatory for Human Rights, which monitors the war through a network of on-the-ground activists.

Tell al-Haara overlooks the Golan Heights, which Israel seized from Syria in a 1967 war, and was the site of a Syrian reconnaissance base until opposition forces seized it in 2014 in the ongoing civil war.

Since June 19, government forces have seized towns and villages from rebels in southwest Syria, at the borders with Israel and Jordan, and recaptured the city of Daraa, the birthplace of the 2011 revolt against President Bashar Assad.

The government now controls the main border crossing between Damascus and Amman, a key artery for Syrian exports to Jordan and the oil-rich Gulf states farther south. Jordan closed the crossing in 2015 when it was seized by rebels.

On Monday, government forces captured the towns of Zameen, Salween, and al-Teiha, in Daraa province, according to SANA and the Observatory. It also shelled and bombed villages in the neighboring, rebel-held Quneitra province.