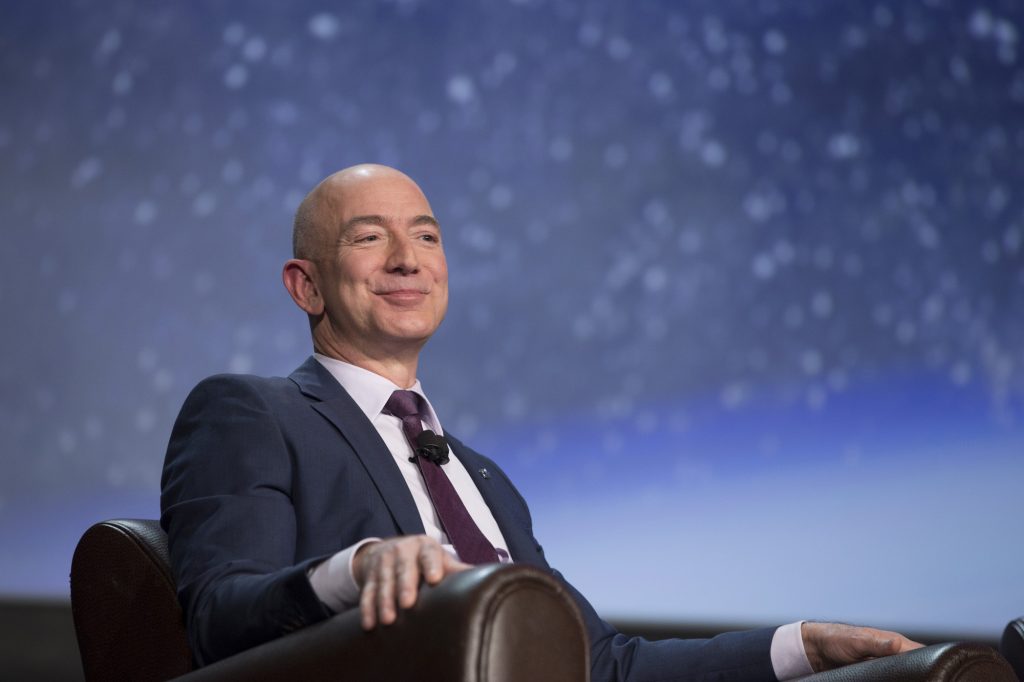 Jeff Bezos is the richest person in modern history.

The Amazon.com founder’s net worth broke $150 billion in New York on Monday morning, according to the Bloomberg Billionaires Index. That’s about $55 billion more than Microsoft Corp. co-founder Bill Gates, the world’s second-richest person.

Bezos, 54, has now topped Gates in inflation-adjusted terms. The $100 billion mark that Gates hit briefly in 1999 at the height of the dot-com boom would be worth about $149 billion in today’s dollars. That makes the Amazon chief executive officer richer than anyone else on earth since at least 1982, when Forbes published its inaugural wealth ranking.

His net worth has soared by $52 billion this year, which is more than the entire fortune of Mukesh Ambani, the newly crowned richest person in Asia. It also puts Bezos’s personal fortune within spitting distance of the $151.5 billion of the Walton family, the world’s richest dynasty.

“It’s hard to even put it in perspective,” said Michael Cole, CEO of Cresset Family Office. “It’s such a staggering number.”

Behind Bezos on the Bloomberg index is Gates, with a $95.5 billion fortune, followed by Warren Buffett with $83 billion.

Gates would have had a net worth of more than $150 billion if he’d held onto assets that he’s given away, largely to the Bill & Melinda Gates Foundation. He’s donated almost 700 million Microsoft shares and $2.9 billion of cash and other assets since 1996, according to an analysis of his publicly disclosed giving.