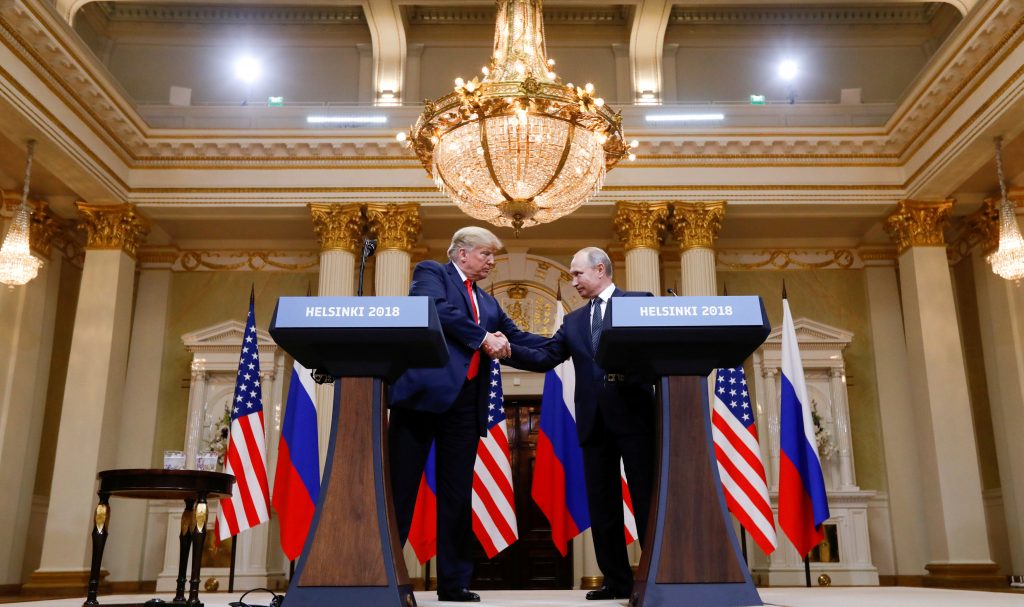 The United States and Russia will work together to ensure Israel’s security, U.S. President Donald Trump said on Monday after his meeting with Russian President Vladimir Putin.

“We both spoke with Bibi (Israeli Prime Minister Binyamin Netanyahu) and they would like to do certain things with Syria having to do with the safety of Israel,” President Trump told a joint news conference. “Russia and the United States will work jointly (in this regard).”

“Creating safety for Israel is something both Putin and I would like to see very much,” Trump said.

President Putin said President Trump had spent a lot of time talking about Israel during their talks. The conditions were in place for effective co-operation on Syria, Putin added.

Shortly after the press conference in Helsinki, Israeli Prime Minister Binyamin Netanyahu expressed his appreciation for “the abiding commitment of the US and President Donald Trump to the security of Israel… [and for] the security coordination between Israel and Russia and the clear position expressed by President Putin regarding the need to uphold the 1974 Separation of Forces Agreement between Israel and Syria.”

Trump said they also wanted to help the Syrian people on a humanitarian basis.

“Our (U.S. and Russian) militaries have gotten along better than our political leaders for a number of years. And we get along in Syria too,” Trump said.

President Trump also said he had stressed the importance of putting pressure on Iran, an ally of Russia, while President Putin said he was aware of U.S. opposition to the international nuclear agreement on Iran, which Russia supports.