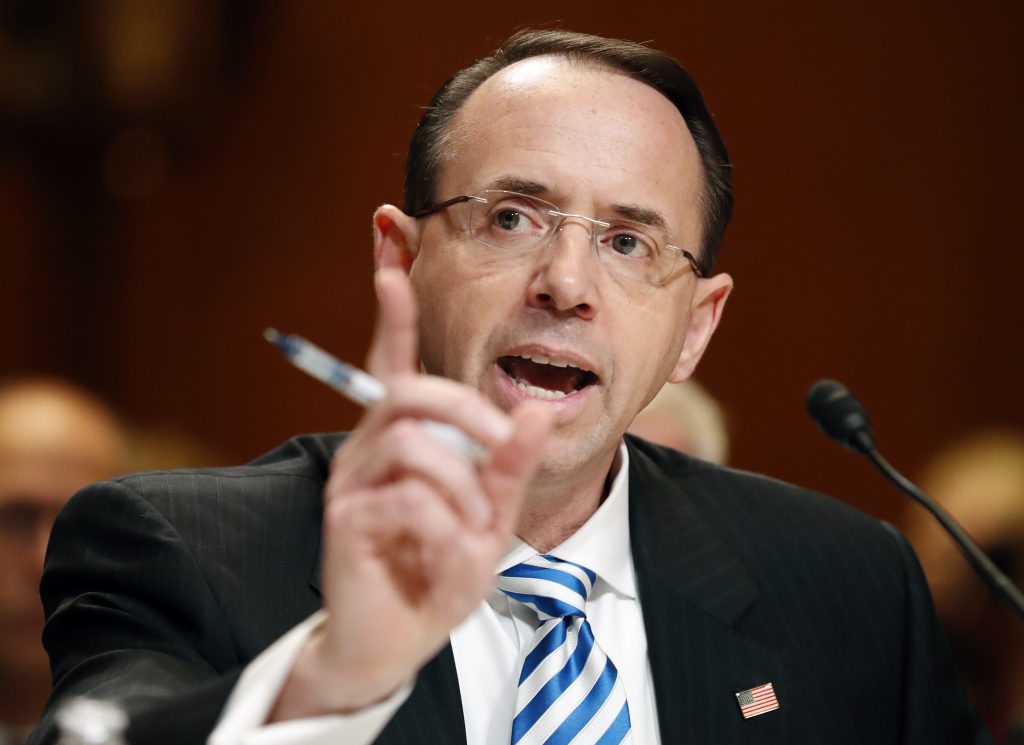 Rep. Mark Meadows, R-N.C., the group’s chairman, and Rep. Jim Jordan, R-Ohio, a co-founder and influential conservative leader, made the request of Inspector General Michael Horowitz on Monday, according to a letter obtained by The Washington Post.

“This notion Mr. Rosenstein threatened to use his official investigative powers as Deputy Attorney General to retaliate against rank-and-file staff members for sending written oversight requests raises concerns he has abused his authority in the context of this investigation,” they wrote.

The call for a probe comes as President Donald Trump’s defenders in Congress have turned up the heat on the Justice Department and the FBI over their probes into the 2016 presidential candidates – culminating last week in a fiery hearing where Republicans berated senior FBI official Peter Strzok for sending text messages during the campaign criticizing and denigrating then-candidate Trump.

Rosenstein’s alleged threats in the January meeting, delivered to Republicans staff members for the House Permanent Select Committee on Intelligence, were first reported by Fox News last month and quickly gained traction in conservative circles. The initial story reported that the threats came in retaliation for committee oversight requests, with the Justice Department disputing the essential claims in the story.