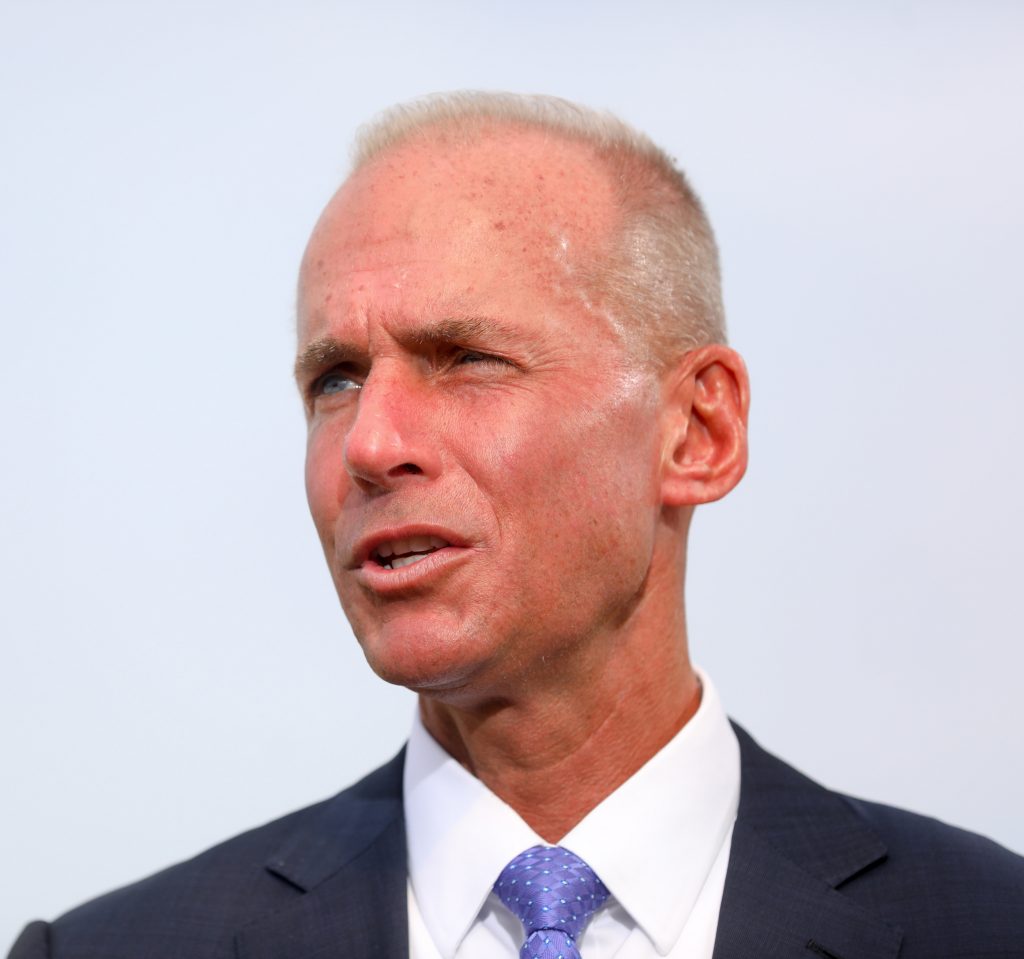 Boeing is seeking to rewrite the rules for creating commercial jets as it hones plans for a new midrange aircraft nicknamed the 797.

For decades, Boeing pushed its planes to fly ever farther. The 787 Dreamliner, the company’s last all-new jetliner, opened nearly 200 nonstop routes. The 777X will be the first twin-engine jet designed to haul more than 400 travelers halfway around the world.

But for its next aircraft, Boeing plans to dial back the ambitions for range, shooting instead for a plane that’s tailored for, say, the eight- to ten-hour flight from Chicago to Central Europe. That market hasn’t been considered cutting-edge since the Berlin Wall was standing and the company’s 757 and 767 were forging new trans-Atlantic connections. More recently, Airbus SE has been edging into the niche by bumping up the range of its popular single-aisle jetliner, the A321neo.

What’s revolutionary about the so-called 797 is the gush of money that Boeing hopes to get not from making and selling the plane, but from keeping it in the air. The mid-market family would be the first Boeing jets designed to make money for the world’s largest planemaker long after the point of sale.

The initial purchase of a jet represents about 30 percent of the lifetime costs of operating the aircraft, said Stan Deal, who heads Boeing’s new global services division. Capturing a bigger slice of the remaining 70 percent that comes from services and maintenance over the following decades represents a lucrative opportunity for Boeing — and a cushion against down cycles when airplane sales stall.

That’s why Deal — whose division focuses on keeping airplanes flying, from selling spare parts to scheduling crews — is deeply involved in creating the business case for what the company calls the “NMA,” for new midmarket aircraft. He’s also laying plans to sell spares decades from now if Boeing wins a $16-billion military trainer-jet contract.

Deal said he’s on the phone about every other day with Leanne Caret, head of Boeing’s defense business, and commercial planes honcho Kevin McAllister, who’s ultimately responsible for the 797.

“It really is a Boeing-wide effort to launch one of these,” Deal said ahead of the Farnborough air show outside London. The NMA team is “highly integrated, with representatives from my team and Kevin’s, and strong functional representation from engineering, manufacturing and supply chain.”

For a third year running, the 797 — a plane that doesn’t exist yet and still requires approval from Boeing’s board — will loom large over the discussions of sales, strategy and supplier strain this week at the aerospace industry’s largest trade expo. Boeing is mulling a two-jet family with 220 to 270 seats designed for midrange routes.

The intensity of the planning underscores the difficulty of projecting sales decades into the future for aircraft parts that Boeing doesn’t make today. An official decision on whether to go forward won’t be made until next year, Chief Executive Officer Dennis Muilenburg told reporters Sunday. The planemaker is laying the groundwork now to bring the first aircraft to market by 2025 if directors sign off on the business case, a relatively quick turnaround for such a complex machine.

The planes plying those 5,000-nautical-mile routes now are often outdated and too heavy, or modern but with engines and wings designed to cruise 14 hours or more like its Dreamliner. While airlines would see operating costs plummet with the 797, Boeing’s theory goes, passengers would cheer a roomier twin-aisle cabin and distinctive fuselage that is wider than it is tall.

The Chicago-based manufacturer plans to use many of the cutting-edge systems it pioneered on the 787 to lower risk, while channeling its innovation into the design and production of the aircraft.

Boeing and Airbus are convinced they can trim costs by about one third through new digital tools to anticipate how planes are built, and how they will be flown, says Carter Copeland, an analyst with Melius Research. The NMA would put these theories to the test, and Boeing is already testing some of the concepts on new aircraft programs such as the 777X and T-X trainer.

Muilenburg is a believer in the power of data. Boeing is investing in an information backbone that would span the life of an airplane: from the engineers honing the design, to the tooling that brings it to life, to the sensors continually streaming data to Deal’s team as it flies.

“This is perhaps the biggest transformation that’s happening at our company,” Muilenburg said.

There’s another reason to focus on the life-cycle profit from the all-new airplane: reaping money on the factory-fresh models will be tough. Airlines want the pricing to be on par with the aircraft already on the market — such as Airbus’s A321neo.

The challenge is to bring manufacturing costs down to the point where Boeing could profitably charge the $70 million or less that major customers are willing to pay. Twin-aisle aircraft have never been made so inexpensively, and the 797 could bleed cash if Boeing misjudges the digital savings. The Dreamliner was also supposed to be a low-cost wide-body, but Boeing lost money on the plane for a decade after outsourcing heavily and mismanaging suppliers.

Since the NMA is the only all-new aircraft in development at either Boeing or Airbus, companies are eager to participate. That’s given Boeing an opening to set new contracting terms with large suppliers such as Spirit AeroSystems Holdings Inc. and United Technologies Corp.

The 797 would complement another Boeing initiative to take more work in-house, from luxury seats to auxiliary power units. Doing so gives Boeing rights to sell the spare parts for those components over a jet’s 30-year commercial life. Deal’s team has a laser focus on growth after Muilenburg launched the division last year with marching orders to triple revenue to $50 billion over a decade.

“To design an aircraft for life-cycle management, means you fundamentally restructure the content from your suppliers to give you more after-market royalties,” said Kevin Michaels, managing director, AeroDynamic Advisory, a consultant in Ann Arbor, Michigan.

Deal says Boeing continues to scout for opportunities to bring more work under its own roof. The company in particular focuses on “major pain points” for airlines, like badly delayed premium seats, as well as creating a “more enduring design-development ecosystem so that the product risk is lower as well.”

Michaels sees Boeing potentially extending its grip on components such as landing gear, engine coverings known as nacelles – maybe even demanding a share on the so-called aftermarket sales of the engines themselves. The strategy comes with risks, though, since Boeing is taking on more of the manufacturing costs previously borne by suppliers.

“If you’re trying to build the world’s cheapest jet on a per-seat basis, vertical integration really isn’t the way to go,” said aerospace analyst Richard Aboulafia. “These are now cost centers that bring their own risk-sharing – as well as losses.”