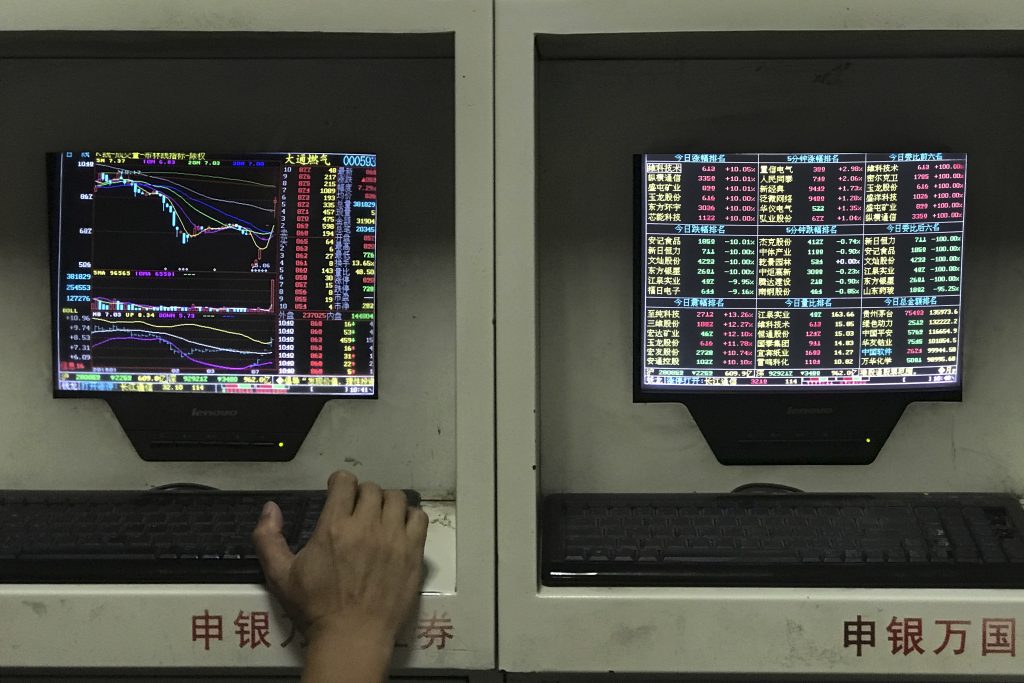 China’s economy grew 6.7 percent in the second quarter of 2018, cooling from the 6.8 percent growth registered in each of the previous three quarters.

While the GDP figures were in line with market expectations, the new data also showed slower-than-expected growth in China’s industrial output, pointing to slowing momentum and prompting some analysts to call for stronger government measures to support growth.

Taken together, the data show an economy continuing to slow under the influence of a multi-year crackdown on excessive financial risk, even as trade war headwinds gather.

“I would be incredulous if China’s GDP growth could continue at the level it’s been historically,” he said. “So I think there’s always been an anticipation of some gradual slowdown, but the slowdown of the growth rate is probably less than the market really wants to believe.”

He said concerns over the trade war were dragging down markets, with investors spooked by the ratcheting up of trade war tensions.

“That’s why I think markets are nervous, because there’s no precedent for this type of behavior,” he said.

Australian shares were down 0.5 percent, and Seoul’s Kospi lost 0.4 percent. Shares in Taiwan were 0.4 percent lower.

Japan’s markets are closed Monday for a holiday.

The soft China data eroded a boost to sentiment from Friday’s gains on Wall Street, which were underpinned by strong profits from industrial and energy firms and had helped to take investors’ minds off the U.S.-China trade war, temporarily.

Major currencies have been in a holding pattern in recent days thanks in part to a lull in the China-U.S. trade skirmish. Investors are still looking to June U.S. retail sales figures, to gauge the state of global growth.

China’s yuan weakened past the key 6.7 to the dollar level following Monday’s data release, but later recovered from its losses. The yuan was changing hands at 6.6851 per dollar at around 0550 GMT.

The U.S. Federal Reserve reiterated on Friday in its semiannual Monetary Policy Report to the U.S. Congress that it expected “further gradual increases” in interest rates due to “solid” economic growth.

ANZ analysts said in a note on Monday that the Fed’s report “yielded few surprises,” but noted that trade tensions continue to weigh on commodity markets and U.S. consumer confidence.

U.S. crude dipped 0.5 percent at $70.65 a barrel, weighed by easing concerns about supply disruptions that had pushed prices higher. Brent crude was 0.5 percent lower at $74.94 per barrel.

The market is now seen shifting its view toward possible supply increases, despite a Norwegian union for workers on offshore oil and gas drilling rigs widening a six-day drilling strike on Monday.

A rising dollar drove gold prices to seven-month lows on Friday, but spot gold was up 0.4 percent on Monday, trading at $1244.76 per ounce.