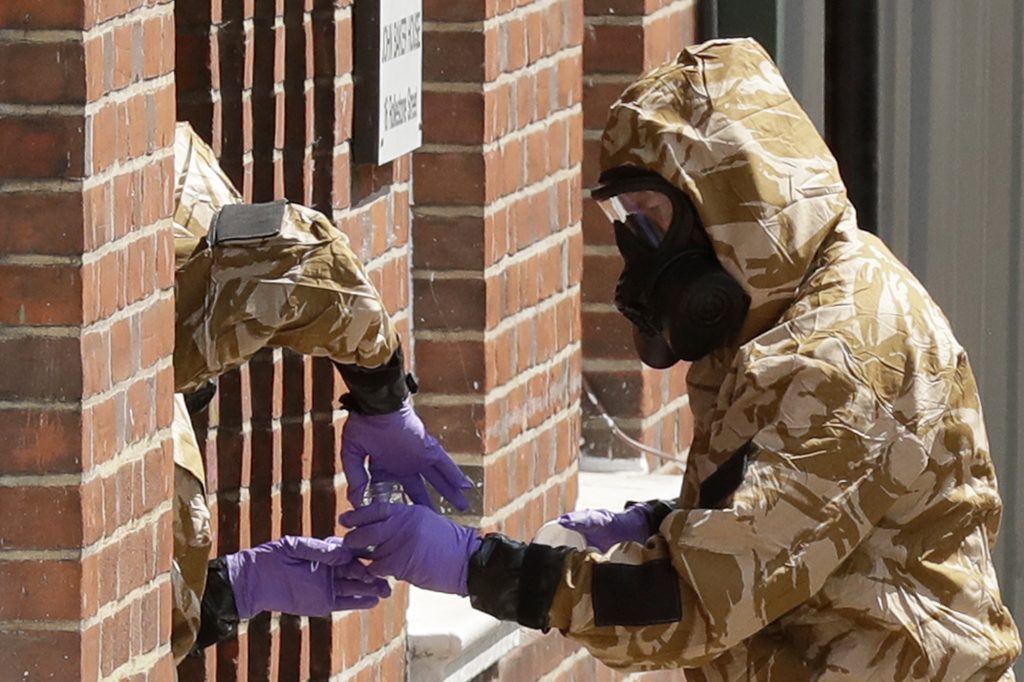 The 19-year-old son of a British woman who died after being exposed to a nerve agent first developed by the Soviet Union has called on U.S. President Donald Trump to discuss his mother with Russian President Vladimir Putin at the leaders’ summit in Finland.

Ewan Hope told the Sunday Mirror newspaper, “We need to get justice for my mom.”

Dawn Sturgess and her friend Charlie Rowley, fell ill on June 30 in southwestern England’s Amesbury, a town near the city where Russian former spy Sergei Skripal and his daughter were poisoned with Novichok in March.

Britain has blamed the attack on the Russian government; Moscow vehemently denies responsibility.

Detectives confirmed Friday that a small bottle found in Rowley’s home contained Novichok. Experts are trying to determine if it was from the same batch used on the Skripals.