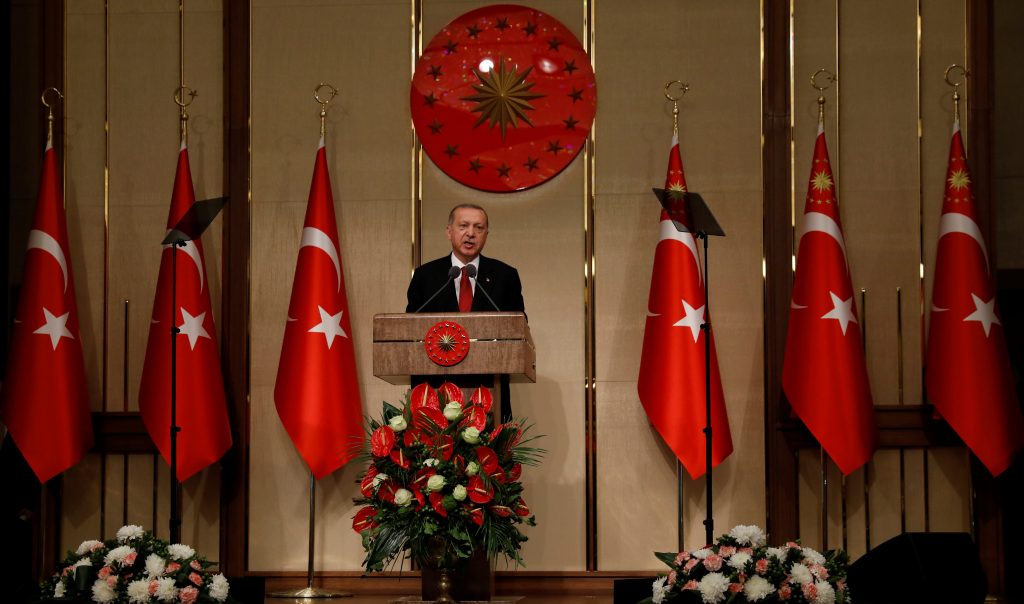 With a number of events, Turkey on Sunday commemorated the second anniversary of thwarting a coup against the Turkish president and the government that left nearly 290 people dead and hundreds wounded.

On July 15, 2016, factions within the military used tanks, warplanes and helicopters in an attempt to overthrow Erdogan. Clashes took place in Istanbul, Ankara and Marmaris, where Erdogan was on holiday and reportedly barely escaped capture. Fighter jets bombed parliament and other spots in Turkey’s capital.

Turkey has blamed U.S.-based Muslim cleric Fethullah Gulen for being behind the coup attempt, but he rejects the accusation. He was once a close ally to Erdogan, but his network was declared a terror organization after the two had a falling out in 2013.

At a luncheon for the families of coup victims and the wounded, Erdogan promised they would never be forgotten. He said Turkish children must be educated about this key date in their nation’s history to prevent other coups.

“Each child who does not know their religion, nation, language, homeland or state is the potential target of terror organization,” Erdogan said.

Since the failed coup, over 75,000 people have been arrested and 130,000 civil servants have been dismissed from their jobs for alleged coup ties. Among them are judges, prosecutors, police and military officers, teachers and academics. Many have protested their innocence.

Critics say the government purge has been arbitrary and used to crackdown on all dissent. Lawmakers, journalists and political activists are among those behind bars.

According to the state-run Anadolu news agency, nearly 2,400 people have been convicted for links to the coup attempt and 1,624 have received life sentences. More cases are pending.

In the past two years, Erdogan has tightened his grip on power through a state of emergency and elections. With a referendum last year and early presidential and parliamentary elections in June, Erdogan has transformed Turkey’s ruling system into an executive presidency with limited checks and balances.

He says the defeat of the coup and his election win are testaments to Turkey’s democracy.

On Sunday, the presidency issued seven new decrees revamping the government. The new system, having abolished the post of the prime minister, ties all state institutions to the president.