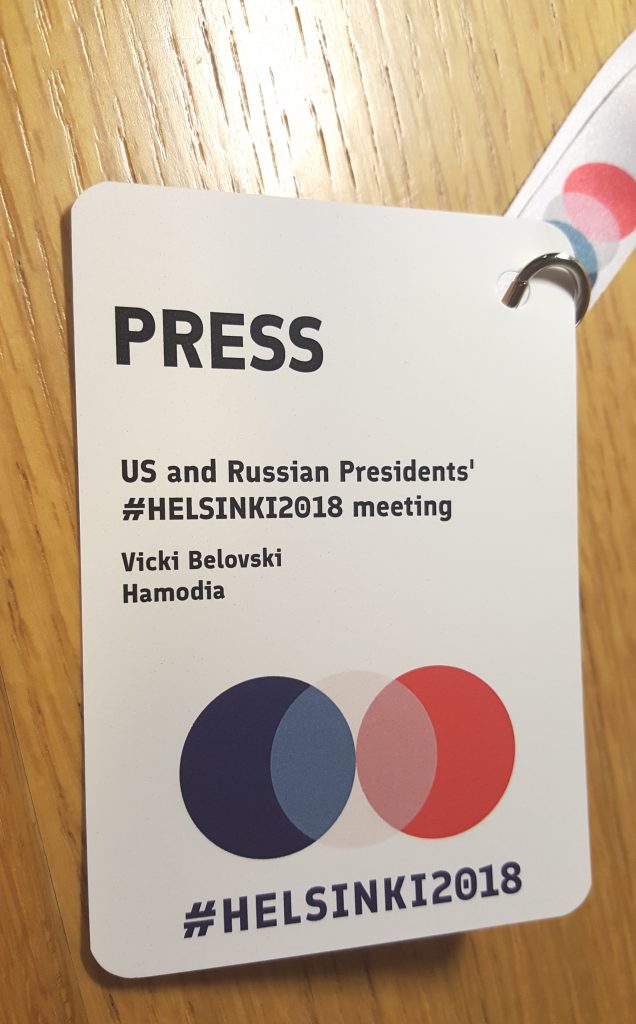 Air Force One carrying U.S. President Donald Trump and First Lady Melania Trump touched down at Helsinki Airport on Sunday evening, just before 9 pm local time. President Trump arrived from Scotland, where he had spent the weekend playing golf at his resort, Turnberry. He is in Finland for his summit meeting with Russian President Vladimir Putin, which is scheduled to take place on Monday.

President and Mrs. Trump left the plane a short time later and were welcomed on the tarmac by dignitaries, including  U.S. Ambassador to Finland Robert Pence and his wife Suzy; the Secretary General, Chief of Cabinet to the Finnish President, Jukka Siukosaari; and Kirsti Kauppi, Finnish Ambassador to the U.S.

The President and Mrs. Trump then traveled by motorcade to their hotel, the Hilton Helsinki Kalastajotorppa, on the west side of Helsinki. Their first appointments are Monday morning — for President Trump, a meeting with the Finnish President Mr. Sauli Niinisto, and for the First Lady a breakfast with her opposite number, Jenni Haukio, at the secluded presidential residence, Mantyniemi.

Later in the day, Mr. Trump will meet with President Putin at the Presidential Palace in the center of Helsinki.

There were large protests against Trump earlier in the day, as well as smaller pro-Trump demonstrations.

The buses’ displays caution that there will be delays and disruption to traffic in the center of town for the next few of days due to the presidents’ meeting.

Several organizations promoting human rights or freedom of the press have taken out ads around the city, so the two leaders will be greeted by messages in English, Finnish and Russian reminding them of their records in these areas. It is, of course, quite unlikely that either president will actually see any of the billboards, as the leaders will be driven at high speed between locations.

Otherwise, most people were relaxing in the sun or watching the match, including most of the journalists in the well-appointed media center.

The Finnish Foreign Ministry is using the summit as an opportunity to promote the country and has gone to a huge effort to make the large crowd of journalists feel welcome. As well as a very well-equipped editing suite, the Finlandia Conference Hall, which has been turned into the media center, provides welcoming areas in which to network or conduct interviews, access to experts on different aspects of Finland, free snacks including fresh berries and pea pods, and two outdoor saunas — one heated for experiencing Finland’s traditional steam baths and the other unheated to be used for interviews.