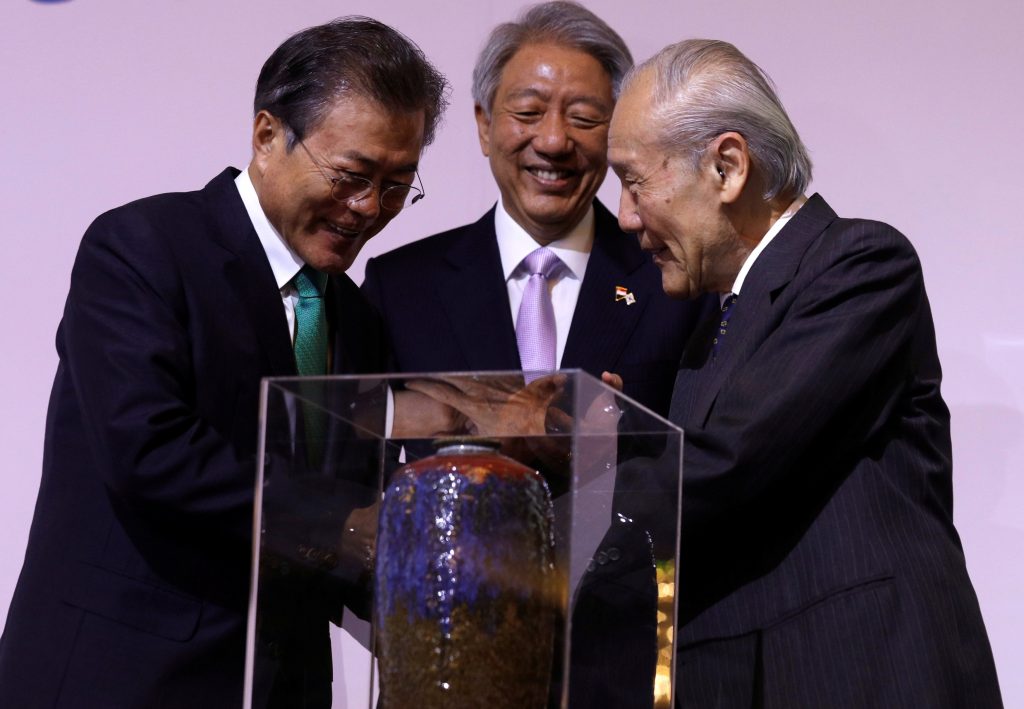 South Korean President Moon Jae-in on Friday urged North Korea and the United States to move forward on a pact to end Pyongyang’s nuclear program, as a lack of firm steps by the North raised questions about its commitment to its pledge.

“If Chairman Kim (Jong Un) keeps the promise of denuclearization, he will be able to lead his country into prosperity,” Moon said in a speech during a visit to Singapore.

“This path is never easy, but if the agreements at the summit are implemented with sincerity, the goal can be achieved,” he added, referring to Kim’s historic meeting with President Donald Trump in the city state a month ago.

“If North Korea gives more substance on the implementation of denuclearization, and if South Korea and the United States quickly take comprehensive corresponding measures, the whole process will accelerate.”

At the summit, the two leaders pledged to work toward complete denuclearization of the Korean Peninsula and ease tension between their countries, still technically at war, since the 1950-53 Korean War ended in a truce, not a peace treaty.

Since the June 12 meeting, however, Pyongyang has yet to show any sign of concrete action to dismantle its nuclear program that has brought a series of U.N. and international sanctions against the impoverished state.

But Trump on Thursday hailed “great progress” after disclosing a July 6 note from Kim in which the North’s leader said their efforts could open up a “new future” for the two countries.

Moon said he believed Trump and Kim would eventually make good on the promise made before the international community.

“If the leaders do not honor the promise they themselves made with the international community watching, they will be subject to grave judgment,” he said.

South Korea is willing to build an economic community with its neighbor once the effort to root out Pyongyang’s nuclear ambitions is completed, Moon said.