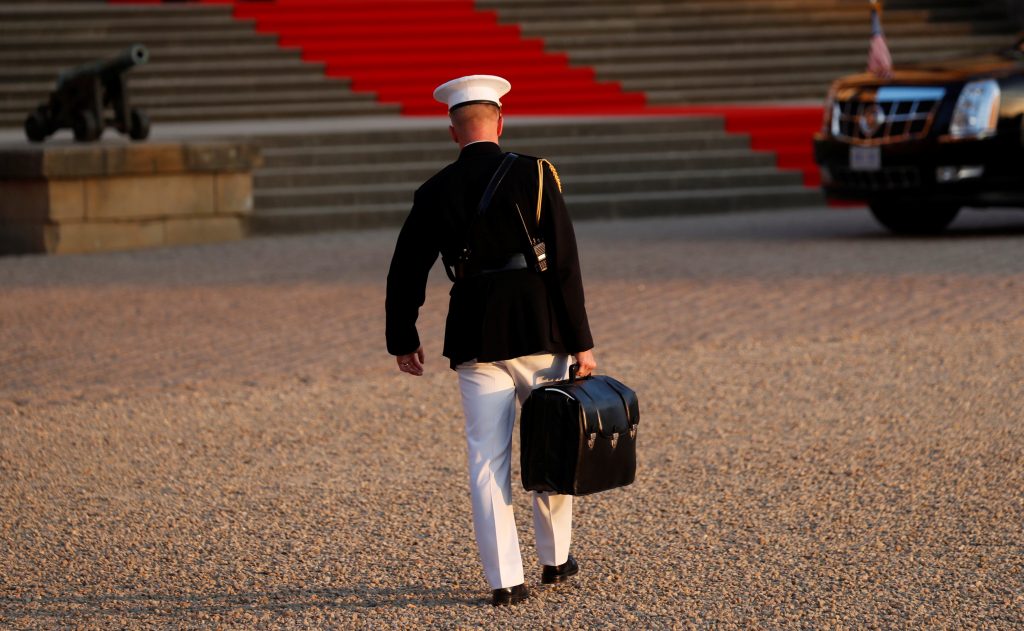 British Prime Minister Theresa May is looking forward to sitting down with Donald Trump to talk him through her Brexit negotiating stance after the U.S. president criticized her plans in an interview, her spokesman said on Friday.

President Trump told the Sun newspaper that a free trade deal with Britain might be impossible if London goes ahead with May’s proposals for post-Brexit ties with the European Union in an interview published hours before the two leaders are due to meet.

“She’s looking forward to sitting down with the president and talking him through the white paper,” May’s spokesman of the government’s proposals and when asked about Trump’s interview with the Sun.

In the interview, President Trump criticized May’s Brexit strategy, saying her proposals had probably killed off hope of a U.S. trade deal and that she had failed to take his advice on how to negotiate with the European Union.

“I would have done it much differently,” he told the Sun, which urged its readers to back Brexit before a referendum in June 2016. “I actually told Theresa May how to do it, but she didn’t listen to me.”

After a tumultuous week for May, when her Brexit Secretary David Davis and Foreign Secretary Boris Johnson resigned in protest at her Brexit plans, Trump heaped praise on Johnson, saying he “would be a great Prime Minister.”

Such harsh public criticism by a sitting U.S. president of a British prime minister while on a visit to the United Kingdom publicly undermines May in her party, her country and abroad.

As Britain prepares to leave the EU on March 29, 2019, supporters of Brexit have made much of the so-called special relationship with the United States and the benefits of forging closer trade ties with the world’s biggest economy.

But many Brexit supporters have cast May’s negotiation as a betrayal, including lawmakers in her own deeply divided party, who have warned May might face a leadership challenge.

After the story was published, White House spokeswoman Sarah Sanders said the president “likes and respects Prime Minister May very much,” adding that he said in the interview she “is a very good person,” and that he “never said anything bad about her.”

For supporters, Trump and Brexit offer the prospect of breaking free from what they see as obsolete institutions and rules that have weakened the United States and its allies relative to competitors such as China.

But for many British diplomats, Brexit marks the collapse of a 70-year British strategy of trying to balance European integration with a U.S. alliance based on blood, trade and intelligence sharing.