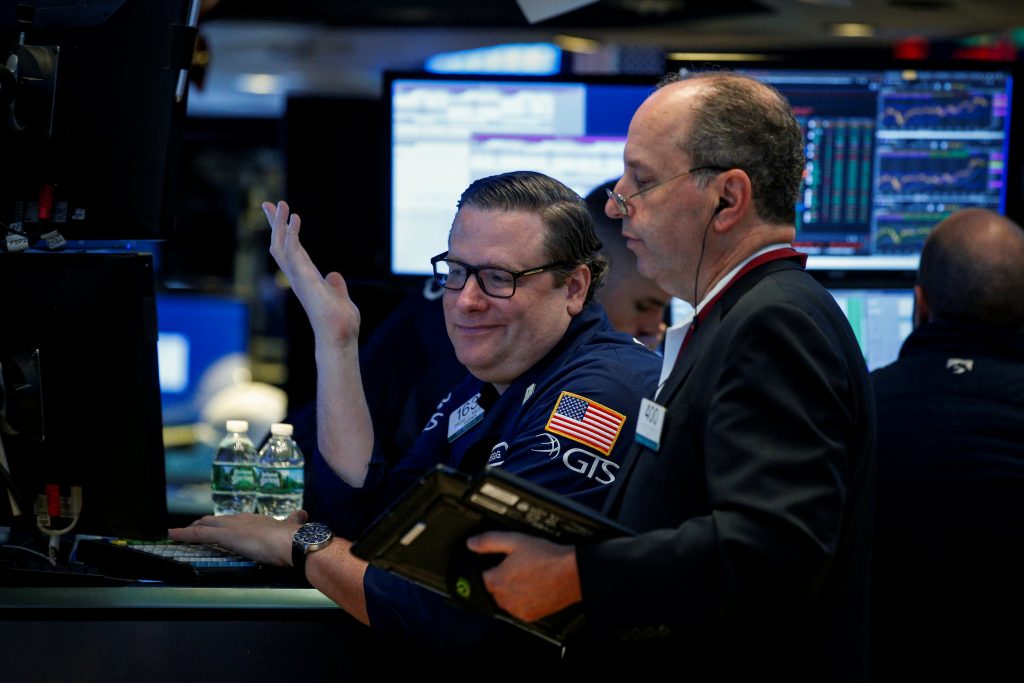 The benchmark S&P 500 edged back to five-month highs on Friday as gains in industrials and energy companies more than offset a drop in financials after a mixed bag of quarterly reports from three big Wall Street banks.

Industrial stocks, among the worst–hit during the trade disputes, gained in the absence of any trade rhetoric overnight. Treasury Secretary Steven Mnuchin said the United States and China could reopen trade talks if Beijing was willing to make significant changes.

The industrial sector gained 0.48 percent, with Boeing, Caterpillar and 3M all up around 1 percent.

Oil prices rose by more than 1 percent, boosting the energy sector 0.7 percent, the most among the 11 S&P sectors.

“Energy is the area of notable strength because of higher oil prices, which makes sense as a lot of energy stocks are very cheap and so they are performing best,” said Patrick Kaser, managing director and portfolio manager at Brandywine Global.

“Clearly trade fears are weighing on the markets overall, but there is nothing particular this morning that’s new in that regard.”

As the trade dispute rumbles on, investors are looking ahead to what is expected to be a strong second-quarter earnings season. But results from three of the biggest Wall Street banks failed to live up to expectations.

Citigroup slid 2.7 percent, the most among financials, after its revenue fell short of estimates due to lower debt underwriting. Wells Fargo fell 1.9 percent after its profit fell more than expected as lending slowed and costs rose.

JPMorgan dipped 0.2 percent. The stock was higher premarket after the bank’s profit beat estimates. The financial index fell 0.5 percent, the most among the 11 sectors.

Seven of the 11 major S&P sectors were trading higher.

Netflix sank 3.6 percent after Deutsche Bank warned that the company could fall short of subscriber growth numbers when it reports results on Monday.

McDonald’s fell 1.2 percent after the Iowa and Illinois health departments said they were investigating cyclospora infections linked to salads at its restaurants.

Johnson & Johnson dropped 1.2 percent, the most on the Dow, after a jury ordered it to pay a record $4.69 billion to 22 women who alleged that its talc-based products contain asbestos and caused them to develop cancer.

The S&P index recorded 36 new 52-week highs and one new low, while the Nasdaq recorded 80 new highs and 26 new lows.