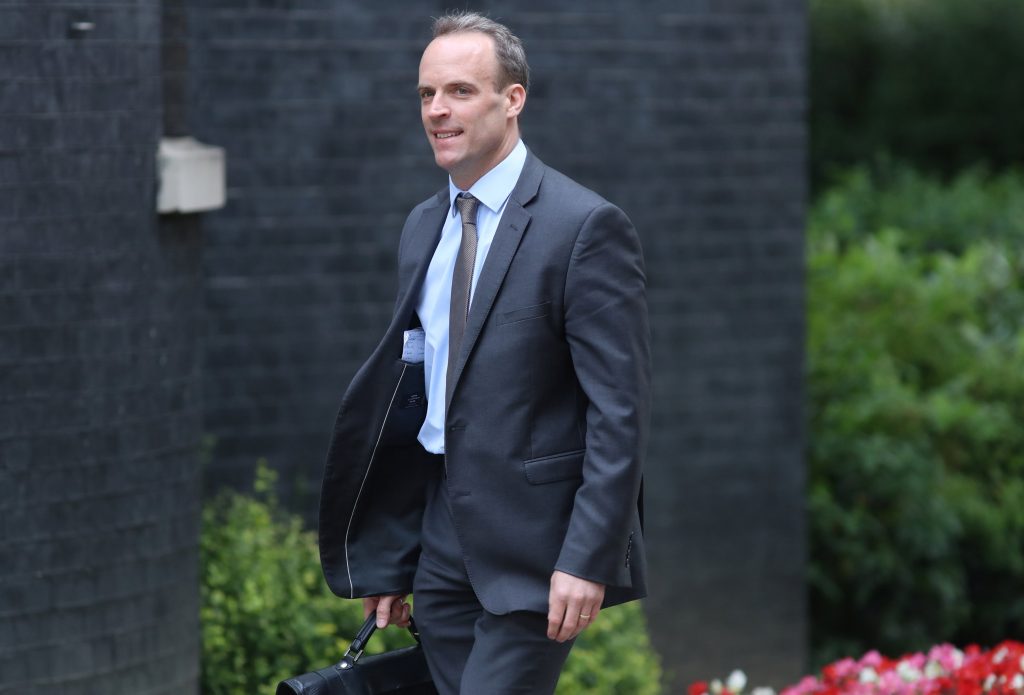 The British government released detailed plans Thursday for what it calls a “principled pragmatic and ambitious” Brexit — plans that have already triggered the resignation of two top ministers, and which face likely resistance from the European Union.

The long-awaited document proposes keeping Britain and the bloc in a free market for goods, with a looser relationship for services.

Prime Minister Theresa May’s government is trying to present plans that satisfy Britons who voted for their country to leave the bloc and set an independent course, but without hobbling businesses, security agencies and other sectors that are closely entwined with the EU.

But the plan has infuriated fervent Brexit supporters in May’s Conservative Party, who think it would limit Britain’s ability to strike new trade deals around the world. Foreign Secretary Boris Johnson and Brexit Secretary David Davis both quit the government this week in protest.

Davis’ replacement, Brexit Secretary Dominic Raab, said the plans called for an “innovative and unprecedented economic partnership” between Britain and the EU.

Britain is currently part of the EU’s single market — which allows for the frictionless flow of goods and services among the 28 member states — and its tariff-free customs union for goods. That will end after the U.K. leaves the bloc in March. The plans laid out in a 98-page government paper give Britain’s most detailed answer yet to the question of what will replace it.

Under the plans, Britain would stick to a “common rulebook” with the EU for goods and agricultural products in return for free trade, without tariffs or border customs checks. That would avoid disruption to automakers and other manufacturers who source parts from multiple countries.

The government said Britain would act “as if in a combined customs territory” with the EU, using technology at its border to determine whether goods from third countries are bound for Britain or the EU, and charging the appropriate tariffs in those cases.

Britain says that will solve the problem of maintaining an open border between Northern Ireland, which is part of the U.K., and EU member Ireland.

It’s unclear, though, how long it would take to phase in the new customs arrangements. Britain and the EU have agreed on a transition period until December 2020, but installing new technology and procedures could take longer than that.

Free trade would not apply to services, which account for 80 percent of the British economy. The government said that would give Britain “freedom to chart our own path,” though it would mean less access to EU markets than there is now.

The plan also seeks to keep Britain in major EU agencies, including the European Aviation Safety Agency, the European Medicines Agency and the police agency Europol.

When the U.K. leaves the EU, it will end the automatic right of EU citizens to live and work in Britain. But Britain said EU nationals should be able to travel visa-free to Britain for tourism or “temporary business,” and there should be measures allowing young people and students to work and study in Britain.

Some elements are likely to anger Brexit-backers, including Britain’s willingness to pay the EU for access to certain agencies and the suggestion some EU citizens could continue to work in Britain visa-free.

And while Britain will no longer fall under the jurisdiction of the European Court of Justice — a longtime bugbear of Brexit supporters — British courts will “pay due regard” to European court case law in relevant cases.

The proposals also may fall foul of EU insistence that the U.K cannot “cherry pick” the benefits of EU membership, such as access to the single market, without accepting the responsibilities, including free movement.