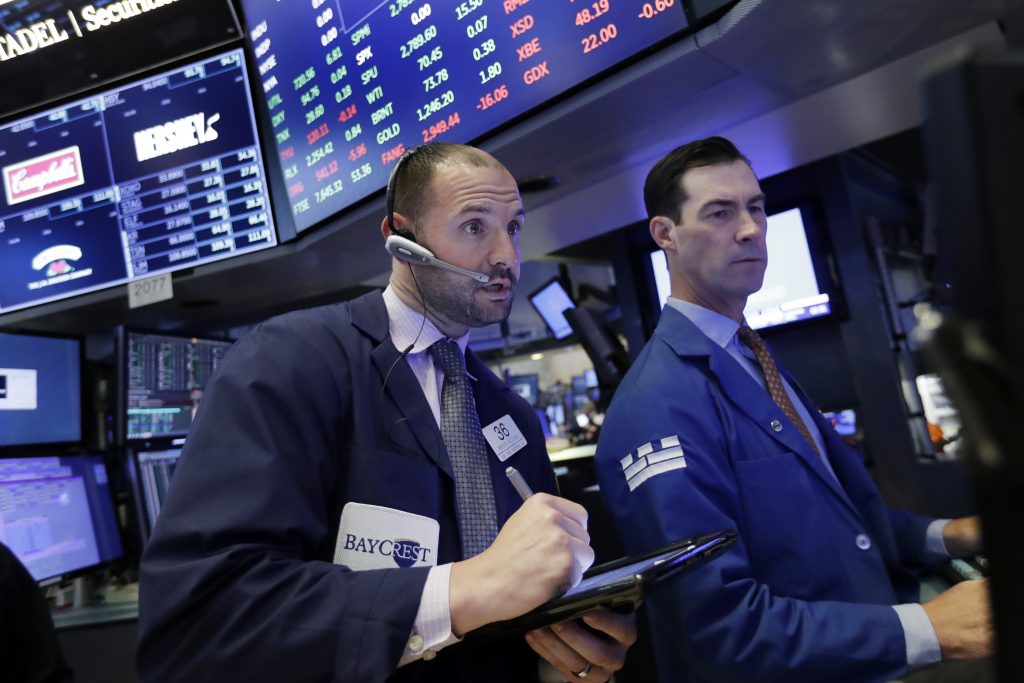 U.S. stocks are rising Thursday as technology companies like Apple resume their upward march. Software company CA is soaring after chipmaker Broadcom agreed to buy it for $18.9 billion. Health-care and industrial companies are also climbing as the market recovers much of the previous day’s losses.

The S&P 500 fell 0.7 percent Wednesday as new trade threats between the U.S. and China led to big losses for industrial, energy and materials companies. Industrials regained most of their losses Thursday while basic materials makers were only a little higher and energy companies didn’t move much.

Other technology companies also climbed as the industry recovered the losses it suffered on Wednesday. Apple rose 1.1 percent to $190.04 and Microsoft gained 1.2 percent to $103.17. Intel rebounded 2.2 percent to $52.33.

Defense contractors rose after President Donald Trump continued to criticize other NATO members at the group’s summit in Brussels. He said European countries should spend more on defense, and suggested in a tweet that U.S. defense spending should keep climbing.

Leaders including French President Emmanuel Macro said NATO spending plans haven’t changed, as several years ago members set a long-term goal of spending 2 percent of their gross domestic product on defense. Trump tweeted about a 4 percent target, which is more than the U.S. currently spends.

EXPENSIVE SUBSCRIPTION: The merry-go-round of potential media deals continued as Comcast offered to buy European company Sky for $34 billion just a day after Twenty-First Century Fox increased its own offer for Sky.

Fox already owns 39 percent of Sky. While Fox and Comcast tangle over Sky, Comcast and Disney are trying to buy Fox itself. Fox recently accepted a $71 billion offer from Disney, and The New York Times reported Thursday that Comcast will end its pursuit of Fox and focus on Sky.

TRADE PAIN: Stocks around the world slumped Wednesday after the Trump administration released a list of $200 billion in imports from China that it could hit with a 10 percent tax. China said it would retaliate if the tariffs take effect, and the dispute could impair global economic growth.

U.S. crude dropped 5 percent Wednesday and Brent nosedived almost 7 percent as investors worried that the trade conflict will hurt the global economy. They also expect oil supplies to increase after Libya announced that it will start exporting oil again.