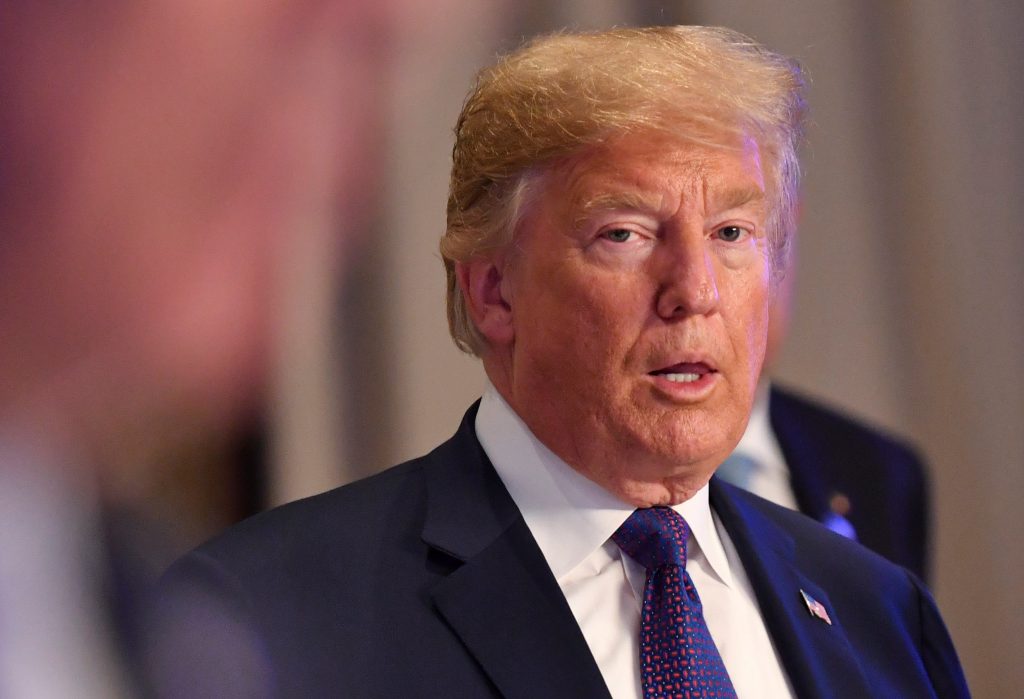 At one point, in a break with diplomatic protocol, a source said Trump addressed German Chancellor Merkel by her first name and told her: “Angela, you need to do something about this.”

“We had a very intense summit,” Merkel herself told reporters after the meeting. Trump also prepared to make a previously unscheduled public statement, the White House said.

Invited leaders from non-NATO countries Afghanistan and Georgia were asked to leave along with most NATO leaders’ retinues of officials, as the heads of state and government of the Western alliance sought to deal with the man whose nation commands much of the budget and forces for Europe’s defense.

Trump had opened the first day of talks in Brussels on Wednesday with a public diatribe against Germany, the second biggest state in the Western defense alliance, before the mood appeared to have calmed as the summit went into its second day, focusing on operations beyond Europe.

But, several sources said, Trump instead reopened in strong terms his demand that other countries greatly speed up their progress toward a NATO target of spending at least 2 percent of their GDP on defense, which now has a deadline of 2024 with get-out terms available that can stretch it to 2030.

“The language was much tougher today,” one source told Reuters. “His harshest words were directed at Germany, including by calling her Angela – ‘You, Angela.'”

As well as Merkel, Spanish Prime Minister Pedro Sanchez and Charles Michel, the prime minister of Belgium, were also singled out by Trump for undershooting on their spending targets when U.S. taxpayers, funding a defense budget worth about 3.6 percent of their national income, foot much of NATO’s bills.

Breaking from a carefully scripted session that was to focus on Ukraine and Georgia, one source said Trump “forcibly restated his position on wanting NATO members to reach a 2 percent spending target to a short deadline.”

Two NATO sources said, however, that Trump had not issued a threat to pull the United States out of the alliance that it helped found to keep the peace in Europe after World War Two.

Leaders had gone into the second day, set to focus mainly on ending the long war in Afghanistan, with low expectations, showing the extent of European frustration with Trump’s “America first” policies among the other 28 members of the alliance.

Trump took to Twitter to say publicly what he told NATO leaders privately on Wednesday, calling on all allies to meet a commitment agreed in 2014 to spend 2 percent of economic output on defense to counter threats ranging from Russia’s military modernization to terror attacks on European cities.

He also renewed a demand that they even double that – though many question what they could usefully spend it on.

“All NATO Nations must meet their 2% commitment, and that must ultimately go to 4%!” Trump tweeted an hour before the second day of the summit got underway.

Despite the first day’s haranguing of allies for failing to meet spending targets and accusing Germany of being a prisoner to Russian energy, Trump was mild-mannered at a private dinner on Wednesday and avoided any outbursts that many NATO diplomats had feared.

“He was in a good mood, he said Europe was a continent he appreciated,” Luxembourg’s Prime Minister Xavier Bettel told reporters.

“We didn’t know what to expect, it was a positive outcome,” he said of the dinner in a Brussels park, where leaders were treated to an acrobatic display and saxophone music.

French President Emmanuel Macron said the summit atmosphere was “much calmer than everyone had said” and he saw a will to maintain the unity of the alliance, while Croatian President Kolinda Grabar-Kitarovic said Trump was “constructive.”