Israel Netanyahu: We Can Live With Assad But Not Iran
Israel 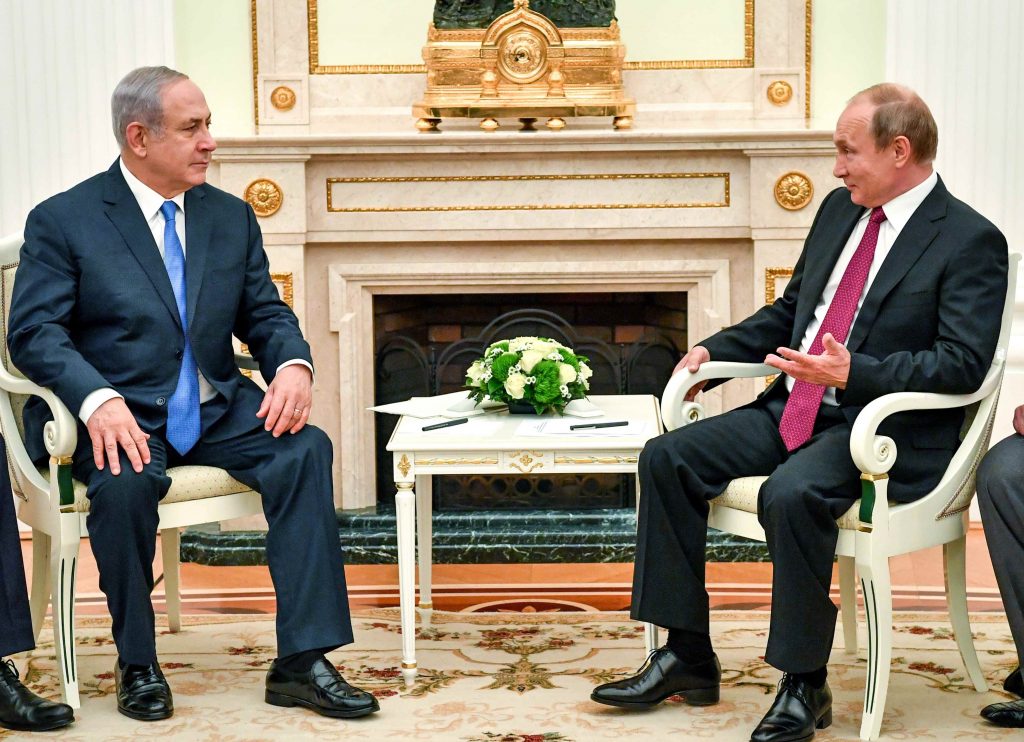 “We had no problem with the Assad regime,” Netanyahu told reporters. “For 40 years, not a single bullet was fired in the Golan Heights.”

But Iran and its proxies and other terrorist groups, he reiterated, are different.

“I have set a clear policy that we do not interfere and have not interfered. This does not change. What concerns us is Islamic State and Hezbollah, and this remains the same. The heart of the matter is preserving our freedom to act against those who act against us. The second thing is to expel the Iranians from Syrian territory,” insisted Netanyahu.

Israel has been demanding total removal of the Iranians from Syria, but Russian Foreign Minister Sergey Lavrov, who was on hand for Wednesday’s Putin-Netanyahu meeting, dismissed this recently as “unrealistic.”

PM Netanyahu said that, to date, Russia has moved the pro-Iranian forces a few dozen miles from the Syrian border with Israel, according to Kan news.

Senior Israeli officials were quoted by Haaretz as saying that Russia is working to keep the Iranian forces a distance from the Israeli border, apparently as part of a quid pro quo, that in return Israel will not interfere with the Assad regime’s return to full control of the country, as long it stays out of the buffer zone established by the 1974 ceasefire.

Netanyahu also took note of South Carolina Senator Lindsey Graham’s warning earlier in the day that Israel should beware of making any deals with Russia on Syria.

“To our friends in Israel — be very careful making agreements with Russia re[garding] Syria that affect U.S. interests,” said Graham, a staunch defender of Israel.

“I don’t trust Russia to police Iran or anyone else in Syria. U.S. must maintain presence in Syria to ensure ISIS doesn’t come back and to counter Russia/Iran influence,” he added.

In response, Netanyahu said, “I agree with his statement that we must ensure that Islamic State does not return, but the greatest threat is not Islamic State, the greater threat is that Iran remains and is entrenched.”

He added that Israel has been fully coordinating its Syria policy with Washington.