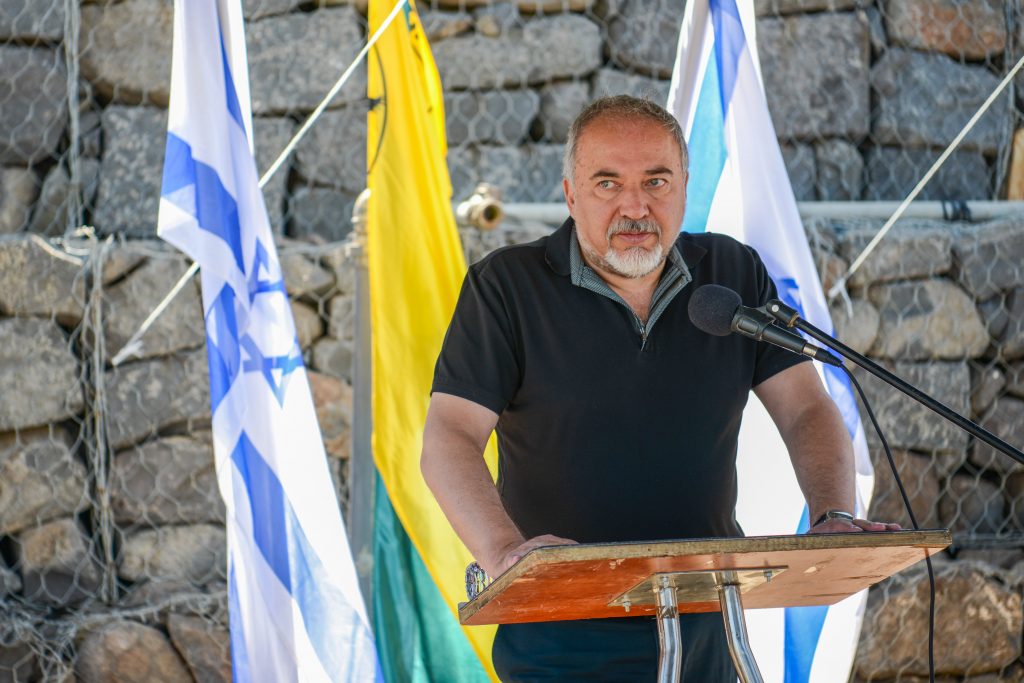 Defense Minister Avigdor Liberman said on Thursday that summoning the Irish ambassador for a dressing-down after the Irish Senate approved an Israel boycott bill was insufficient, and that the embassy in Dublin should be closed down, The Times of Israel reported.

“There is no point in summoning the Irish ambassador for a reprimand. With Israel-haters there is nothing to debate. Israel should immediately close the embassy in Dublin. We will not turn the other cheek to those who boycott us,” Liberman tweeted.

The Israeli Foreign Ministry confirmed that it did call Irish ambassador to Israel Alison Kelly in for a reprimand, though it refused give out details of the meeting.

On Wednesday, the Irish Senate, known as Seanad Éireann, voted 25 to 20 with 14 abstentions for the Control of Economic Activities (Occupied Territories) Bill 2018, which would impose criminal penalties on anyone importing goods into the country from over the Green Line.

Representing the government in the parliamentary debate prior to voting, Foreign Minister Simon Coveney opposed the law, while sympathizing with the Palestinians.

Coveney said he could “emotionally connect” with the bill, lamenting the “deep injustice” being done to Palestinians, but that legal obstacles and political considerations were such that it should not be advanced.

“On behalf of the government I am unable to agree that this bill is the way forward,” Coveney said.

He pointed out that as a member of the European Union, Ireland does not have the right to ban the import of goods that are available elsewhere in the union. That is the case with goods from Yehudah and Shomron and the Golan, since the E.U. has thus far imposed no ban, only issuing guidelines for member states that wish to label such products.

Coveney cited the opinion of the Irish attorney general, that “passage of the bill would be a breach of European law.”

Furthermore, passage of such legislation diminish Dublin’s ability to influence E.U. policy on the Middle East, and would ultimately be “fanning the flames” of an already volatile region.

“This courageous step builds on the historic ties between Ireland and Palestine, as well as it shows the way forward for the rest of the European Union,” PLO official Saeb Erekat said in a statement issued Wednesday.

The Joint (Arab) List also welcomed the bill, saying it hoped it would “mark the beginning of a new stage in which Israel starts to pay an international, political, economic and moral price for its actions.”