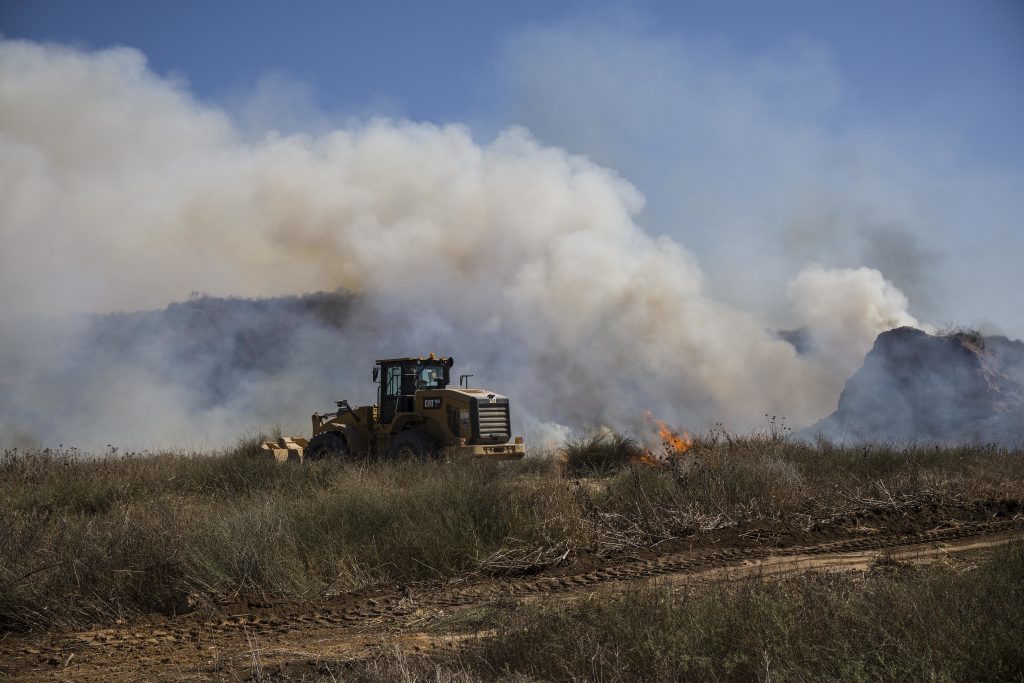 The IDF said Thursday afternoon that it had dropped explosives near a group that was preparing to set off a terror balloon that was to be flown into Israel. The group disbanded, and no injuries were reported. The balloon was not set off.

Earlier Thursday, firefighting crews were called in to put out a major blaze at a banana plantation close to the Gaza border. The plantation belongs to one of the kibbutzim in the area. Several other balloons were halted before they could do any damage, officials in Gaza border area towns said. The fires Thursday followed the 28 that were set on Wednesday, they said.

On Wednesday, IDF planes fired at another gang that was attempting to fly balloons loaded with flammable material at Israeli farms and forests. In addition, the army caught a Gaza Arab who was trying to sneak past the border fence into Israel. The Arab was found carrying materials with which to set additional fires.