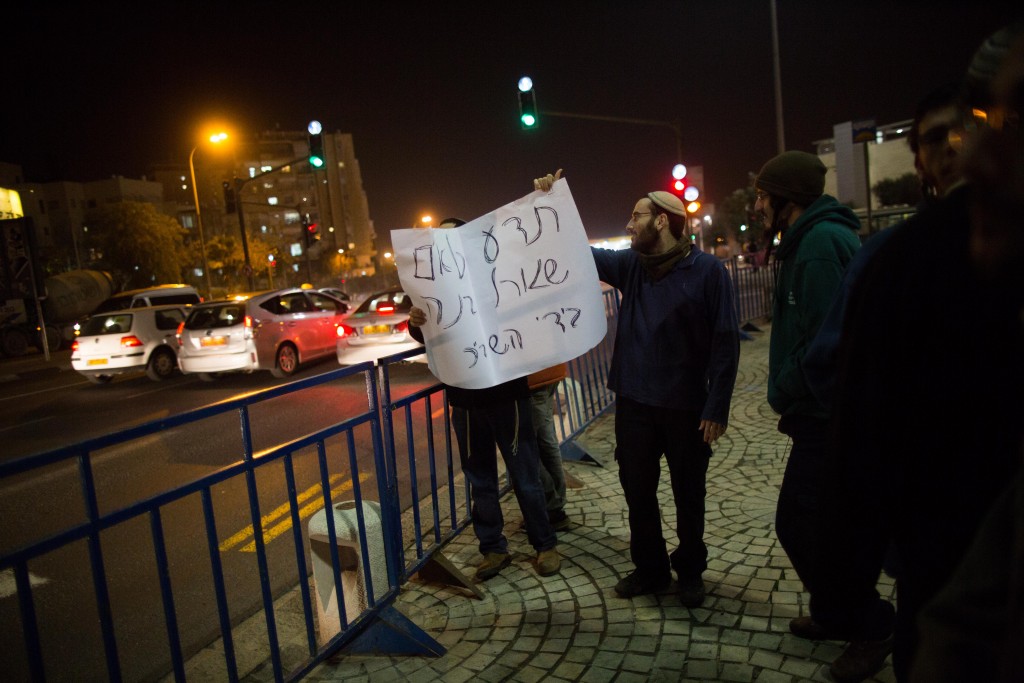 A., the minor who confessed to and has been imprisoned for assisting in burning down the home of the Dawabshe family in the Shomron village of Duma in July 2015, was released from custody Thursday. The youth was released to house arrest after a request by his attorney, pending further deliberation by the court.

Last month, the Lod District Court declared invalid much of the evidence in the case against Amiram Ben-Uliel, 22, and the minor youth, who were accused of burning down the home in Duma, which led to the deaths of Sa’ed and Riham Dawabshe, and their 18-month-old baby, Ali. The court accepted the claims of attorneys for Ben-Uliel that an admission of guilt had been extracted by torture by Shin Bet officials. It also threw out admissions and evidence against several minors arrested with Ben-Uliel. The court did accept evidence gathered in a reenactment of the crime by Ben-Uliel, however.

However, the court said Thursday, the Shin Bet had failed to prove the case against A., and it had no evidence other than the confession. As there was a possibility that the confession had been “poisoned” as a result of the interrogation process, the court said that the admission of the youth was “not acceptable” as evidence.

The two were arrested in December 2015 on suspicion of setting the fire in response to the ongoing attacks by Arab terrorists against Jews, especially the murder of three Israeli teens who had been kidnapped by Hamas terrorists – Naftali Frenkel (16), Gilad Sha’ar (16), and Eyal Yifrah (19), Hy”d. The murders were a contributing factor to 2014’s Operation Protective Edge.

Attorneys for the two were quoted in media reports as saying that after the “special questioning” sessions by the Shin Bet – which included what they said was torture – Ben-Uliel and A. “were prepared to admit to anything, including the murder of [Chaim] Arlozoroff,” the pre-state Zionist figure whose 1933 murder has never been solved. The methods used by the Shin Bet against the suspects were very similar to the ones used against Hamas terrorists, in order to get them to reveal plans about prospective terror attacks. “This was even worse, however, as the questioning of Hamas terrorists is in order to protect lives and prevent terror attacks that have yet to occur, while the questioning here was to extract a confession to a crime that had already occurred,” the attorneys said.