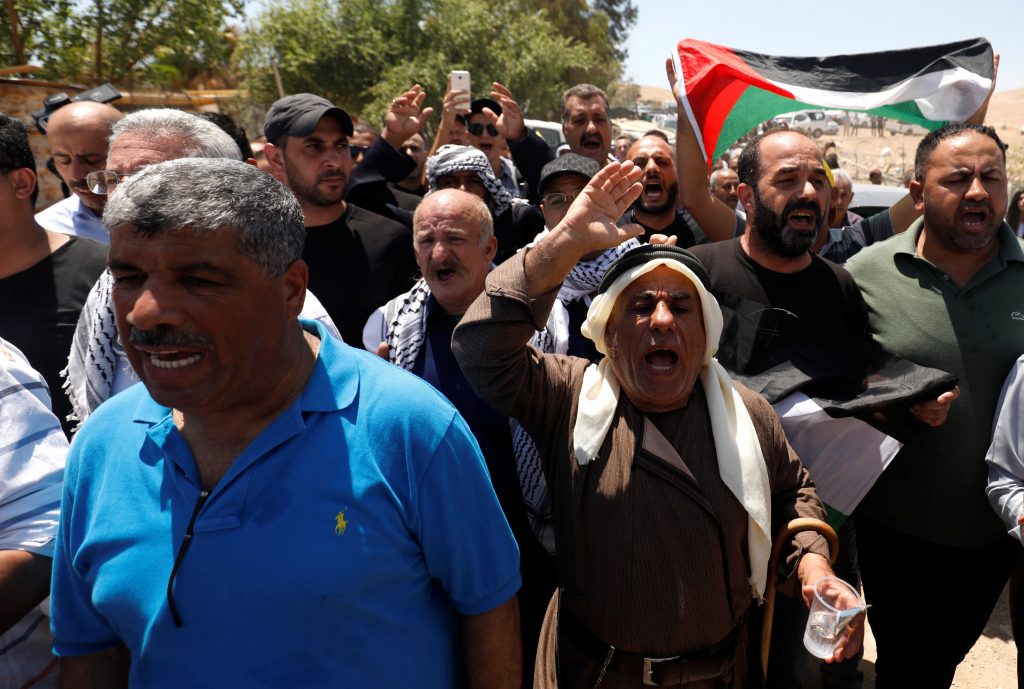 Israel’s Supreme Court on Thursday deferred by at least a month the government-planned demolition of a Bedouin village in the Shomron that had stirred international concerns.

The court last week issued an 11th hour injunction against the demolition at the request of the villagers of Khan al-Ahmar, who said their attempts to secure retroactive building permits had been ignored by Israeli zoning authorities.

Responding this week, the state rejected that argument as false and as an attempt to buy time.

In Thursday’s decision, the Supreme Court summoned both sides for a session by Aug. 15, effectively putting the demolitions on hold.

Around 180 Bedouin, raising sheep and goats, live in tin and wood shacks in Khan al-Ahmar. It is situated outside Yerushalayim, near Maaelei Adumim.

Israel said it plans to relocate the residents to an area about seven miles away, near the Palestinian village of Abu Dis.

But the new site is adjacent to a landfill, and rights advocates say that a forcible transfer of the residents would violate international law.