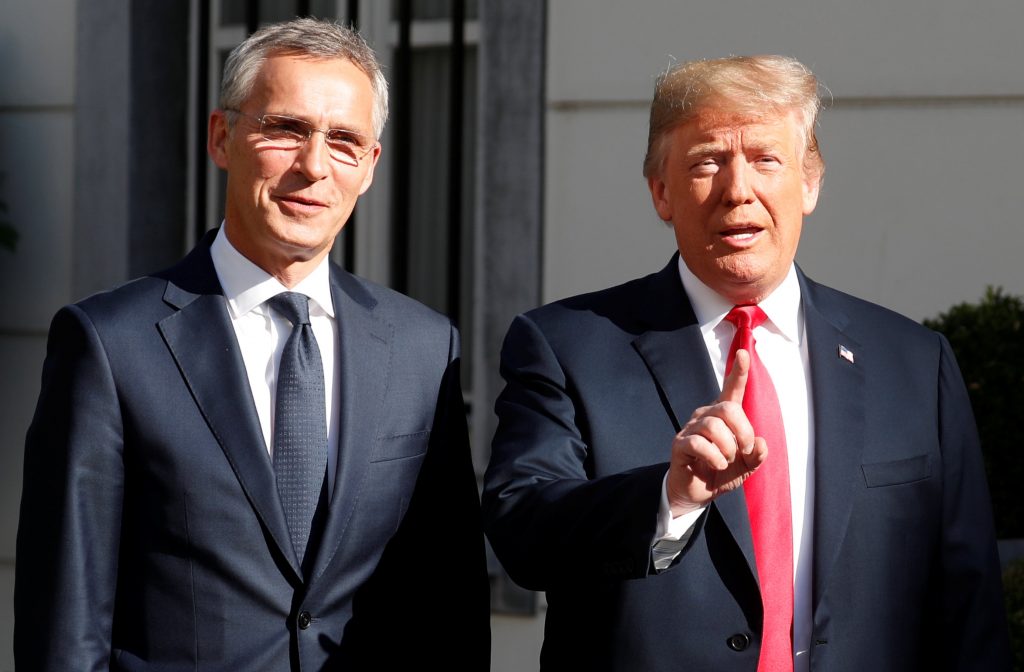 President Donald Trump launched a sharp public attack on Germany on Wednesday for supporting a Baltic Sea gas pipeline deal with Russia, saying Berlin had become “a captive to Russia” and criticizing it for failing to raise defense spending more.

Trump, meeting reporters with NATO Secretary-General Jens Stoltenberg before a NATO summit in Brussels, said it was “very inappropriate” that the United States was paying for European defense against Russia while Germany, the biggest European economy, was supporting gas deals with Moscow.

Trump was due to meet German Chancellor Angela Merkel at the summit later in the day and will meet Russian President Vladimir Putin in Helsinki on Monday.

Berlin has given political support to the building of a new, $11 billion pipeline to bring Russian gas across the Baltic Sea called Nord Stream 2, despite qualms among other EU states. However, Merkel insists the project is a private commercial venture and is not funded by German taxpayers.

“When Germany makes a massive oil and gas deal with Russia,” Trump said to Stoltenber, “we’re supposed to be guarding against Russia and Germany goes out and pays billions and billions of dollars a year to Russia.

“So we’re supposed to protect you against Russia and you pay billions of dollars to Russia and I think that’s very inappropriate,” Trump said at the residence of the U.S. ambassador in Brussels.

“Germany will have almost 70 percent of their country controlled by Russia with natural gas. You tell me, is that appropriate?” he asked, while Stoltenberg listened.

At one point, the former Norwegian prime minister pointed out that the NATO allies in Europe disagreed among themselves on ways to reduce the continent’s reliance on Russian gas.

“Germany is totally controlled by Russia, cause they are getting 60 to 70 percent of their energy from Russia and a new pipeline.”

Trump renewed his call for other NATO allies to pay in more to the Western alliance after years in which U.S. taxpayers have, he said, borne an “unfair” share of military spending.

“I think these countries have to step it up, not over a 10-year period, they have to step it up immediately. Germany is a rich country, they talk about increasing it a tiny bit by 2030. Well, they could increase it immediately, tomorrow, and have no problem,” Trump said.