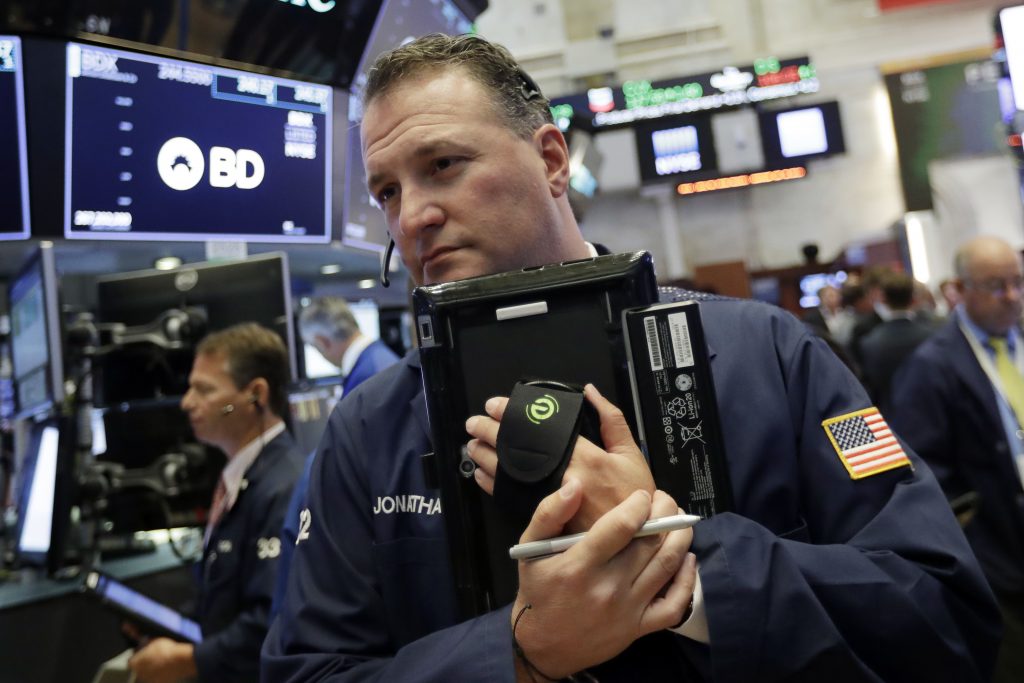 U.S. stocks fell on Wednesday and looked set to snap their four-day winning streak after Washington’s threat to impose tariffs on an additional $200 billion worth of Chinese goods raised fears of an escalating trade war.

China responded to President Trump’s threats by accusing the United States of bullying and warned that it would hit back.

The biggest drags on the Dow Jones Industrial Average were Boeing, 3M, Caterpillar and Chevron . Their shares were down between 1.7 percent and 2.9 percent.

The materials index dropped 1.95 percent, the most among the major S&P sectors, led by a 4.7 percent drop in Freeport-McMoRan, as copper prices hit their lowest in about a year.

“These companies have the most going on with China tariffs, so they would be the ones that get hurt the most,” said Mark Esposito, chief executive officer of Esposito Securities in Dallas.

Investors are also looking forward to the earnings season, where S&P 500 companies are expected to post second-quarter profit growth of around 21 percent, according to Thomson Reuters data.

However, Morgan Stanley told clients that the earnings season could trigger risk aversion among investors if companies start warning of slower growth due to trade tariffs.

The drop is not as steep as what was seen in late March and early April when the escalating trade rhetoric between China and the United States led to the S&P falling more than 2 percent on four occasions.

The market slide has been contained by the speculation that the Trump administration could change its mind by the end of August, when the tariffs are due to come into effect, Esposito said.

The technology sector slid 0.44 percent. Chipmakers, which largely depend on China for their revenue, weighed the most, with the Philadelphia semiconductor index falling 2.35 percent.

The defensive utilities sector was the only one in the positive territory, with a 0.45 percent gain.

Fastenal’s shares rose 10.4 percent, the most on the S&P, after the industrial products distributor’s Q2 revenue and profit topped estimates.

The S&P index recorded 11 new 52-week highs and one new low, while the Nasdaq recorded 51 new highs and 32 new lows.