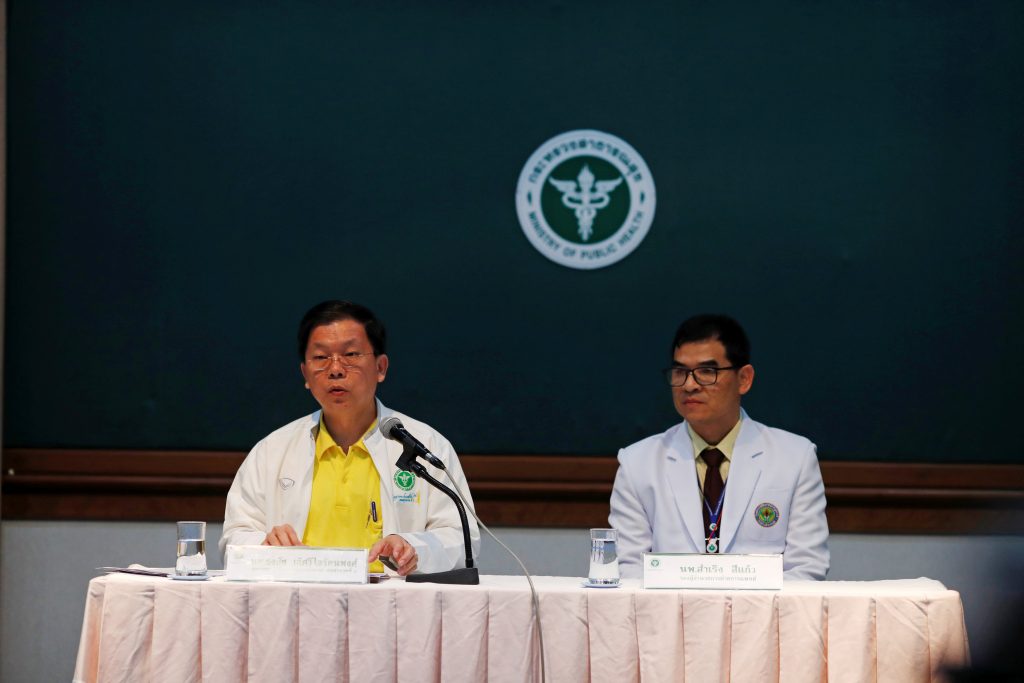 The 12 boys and their soccer coach rescued from inside a flooded Thai cave lost an average of 4 pounds during their 17-day ordeal but were generally in good condition and showed no signs of stress, a senior health official said on Wednesday.

Thais reacted with relief, gratitude and exhilaration after the last group of the team was rescued from the Tham Luang cave, near the border with Myanmar, on Tuesday night, ending an ordeal that gripped Thailand and the world.

They were taken by helicopter to a hospital about 45 miles away to join their teammates in quarantine for the time being.

“From our assessment, they are in good condition and not stressed. The children were well taken care of in the cave. Most of the boys lost an average of 2 kg,” Thongchai Lertwilairattanapong, an inspector for Thailand’s health department, told reporters.

Parents of the first four boys freed on Sunday have been able to visit them but had to wear protective suits and stand 7 feet away as a precaution.

Thongchai said one from the last group rescued on Tuesday had a lung infection and they were all given vaccinations for rabies and tetanus.

The group ventured into the vast cave complex in northern Thailand after soccer practice on June 23 and were lost for nine days before they were discovered by British divers.

Getting them out – which involved teaching boys as young as 11 who were not strong swimmers to dive through narrow, submerged passages – proved a monumental challenge. A former Thai Navy SEAL died during a mission in the cave on Friday.

“Hooyah! Mission accomplished,” read one headline, echoing the rallying cry of the Thai Navy SEALs involved in the rescue.

Thai Prime Minister Prayuth Chan-ochra made a broadcast statement thanking everyone involved in the mission who “shared their expertise, manpower and equipment.”

A senior Australian police officer acknowledged the degree of international cooperation “in a very unfriendly environment.”

“It is amazing what the human being can do. There are extraordinary people doing extraordinary things,” Glenn McEwan, the Australian Federal Police’s Asia manager, told reporters in Chiang Rai.

” … We are humbled to have been a part of it. Returning the Wild Boar soccer team safely into the arms of their loved ones is the good news of the year,” he said.

Australian Prime Minister Malcolm Turnbull praised the courage of the multinational rescue team, which was run by the Thai military, as “one of the most heroic and inspiring episodes of our time.”