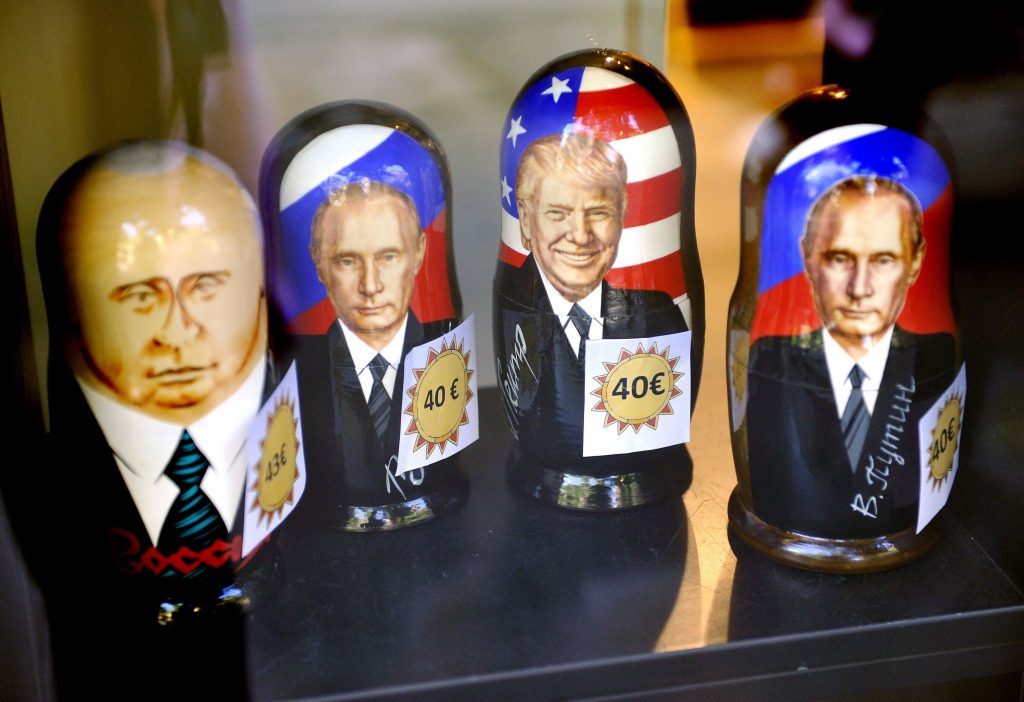 The Israeli prime minister and a senior Iranian official headed to Moscow on Wednesday for separate meetings with Russian President Vladimir Putin — part of Syria-focused diplomatic efforts days ahead of the U.S.-Russian summit.

Prime Minister Binyamin Netanyahu said before boarding a flight to Moscow that he would have a “very important meeting” with Putin on Wednesday to “discuss Syria, Iran and Israel’s security needs.”

“I very much appreciate the excellent direct connection, without intermediaries, between myself and the Russian president,” Netanyahu said. “It is very important for the national security of the State of Israel.”

Ali Akbar Velayati, a senior adviser to Iran’s Supreme Leader Ayatollah Ali Khamenei, was also traveling to Moscow for a meeting with Putin.

Both the United States and Israel are concerned about Iran’s growing military presence in Syria, where it has provided crucial aid to President Bashar Assad’s forces.

Israel has repeatedly said it will not allow Iran, or its Shiite proxies, to establish a permanent presence in postwar Syria. Tensions were brewing along the border in recent months, with Israel launching attacks on Iranian targets in Syria in response to Iranian rocket fire aimed at Israel.

In a reminder of the volatile situation, Israel on Wednesday said it used Patriot missiles to shoot down a drone that approached Israel’s border from Syria. It did not say who had launched the drone. But in February, Israel said it intercepted an explosives-laden Iranian drone in similar circumstances, triggering Israeli airstrikes on Iranian targets in Syria. An Israeli warplane was shot down during the reprisal.

Russia, another key ally of Assad, has warned it’s unrealistic to expect Iran to fully withdraw from the country but there have been signs of an emerging compromise.

Media reports suggested that at their meeting in Helsinki on Monday, Putin and President Donald Trump could reach a deal that would envisage the deployment of Syrian government forces alongside the Israeli border and the withdrawal of Iranian forces and their proxy Hezbollah militia from the area.

While Russia and Iran have both deployed forces to Syria to help prop up Assad’s government, their interests don’t always converge. Russia also has maintained warm ties with Israel and demonstrated a readiness to take its security concerns into account.

Russian Defense Minister Sergei Shoigu said in an interview with Italian newspaper Il Giornale published Wednesday that Moscow hopes that Israel and Iran will both display caution and avoid a showdown.

“Their use of military force in Syria would inevitably lead to an escalation of tensions across the entire Middle East region,” he said. “In that context, we rely on peaceful diplomatic means to resolve any differences and expect both sides to show restraint.”