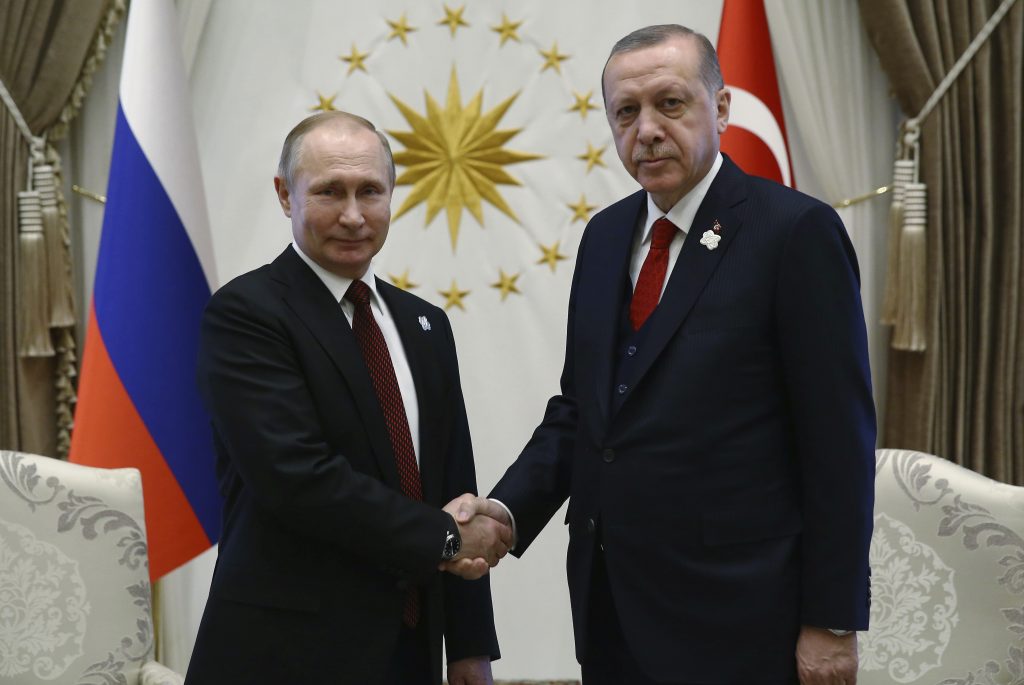 From the perspective of Europe, the crisis within the North Atlantic Treaty Organization has a name: Donald Trump.

It’s easy to understand why. The U.S. president calls the European NATO members freeloaders. He declined at last year’s summit to reiterate the entire point of the alliance, that an attack on one is an attack on all. He praises Russian President Vladimir Putin, and has arranged to meet him after dressing down the allies in Brussels this week.

Yet while the rhetoric is dangerous, U.S. policy – so far – has not reflected President Trump’s tantrums. U.S. forces remain in Poland (and Germany, for that matter). The sanctions on Russia for its annexation of Crimea, meddling in Eastern Ukraine and its interference in the 2016 U.S. election remain. The U.S. has supported the accession of Macedonia into NATO and sold Ukraine anti-tank missiles.

The weak link in the alliance, in fact, is Turkey. Here is a country slipping into the sphere of influence of Russia – the very country that NATO was created to deter.

In December Turkey finalized a deal to purchase the S-400 air defense system from Moscow, and in April the Turks broke ground on a Russian-made nuclear power plant. President Recep Tayyip Erdogan, who last month won an unfree and unfair election, has recently held talks with Putin to discuss the future of Syria. Russia’s attempt to “flip” Turkey – the term used by U.S. NATO Ambassador Kay Bailey Hutchison – is extraordinary considering the two countries came close to war in 2015 when a Turkish jet shot down a Russian one that had flown into Turkish territory.

Ideally, this week’s NATO summit would be an opportunity for the U.S. president to cajole European allies into presenting a unified opposition to Erdogan’s conduct. There is no mechanism for kicking a member out of the alliance, but Turkey should at least begin to feel some pain and pressure for its drift toward Russia.

President Trump has not availed himself of that opportunity. Just look at his confrontational remarks on Wednesday about Germany or his tweet on Tuesday complaining that NATO allies are “delinquent” in their defense spending.

Past presidents, including Trump’s immediate predecessor, have lodged similar complaints about Europe not paying its fair share. But context matters. Trump doesn’t prod allies behind the scenes; he issues tweets and diktats aimed at maximizing humiliation. Any chance to shift the focus to Turkey is lost.

“The president’s seeming inability to draw a distinction between democrats and authoritarians has meant that Erdogan is getting away with murder not only domestically but also within NATO by playing … with Russia and Putin,” says Gary Schmitt, a scholar and strategist at the American Enterprise Institute. The emphasis of this NATO summit, he says, should be as much on Turkey’s misbehavior as on members’ defense spending.

The irony is that, for all of his brashness, Trump can claim some success with his campaign to get the allies to pay more for defense. NATO Secretary General Jens Stoltenberg said at the summit’s opening that member states are no longer cutting military spending. Eight allies are expected this year to spend 2 percent of GDP on defense, the longstanding benchmark for the alliance. Meanwhile, NATO has committed to have 30 air squadrons, 30 combat vessels and 30 mechanized battalions ready to deploy within 30 days to defend the Baltic States by 2020.

Any other American president, presented with this evidence of Europe’s renewed commitment to the 70-year-old trans-Atlantic alliance, would be happy to take yes for an answer. Trump is not, to state the obvious, like any other American president. As he treats the NATO summit as a stage for a play about Europeans ripping off America, Turkey is drifting ever closer to Russia.