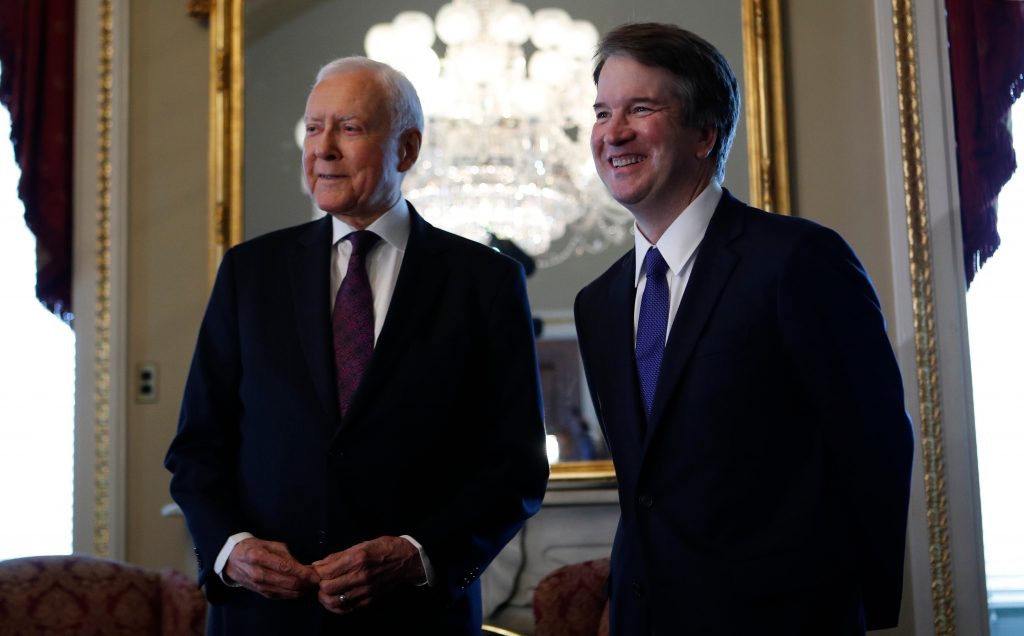 Supreme Court nominee Brett Kavanaugh returned to Capitol Hill Wednesday for a whirlwind round of meetings with key Republican senators as Democrats ramped up efforts to block his confirmation.

At Hatch’s office in the Capitol, the senator told reporters he expects Kavanaugh’s confirmation to go well.

“There will be the usual attempts to sully his reputation not only in the Senate but outside the Senate, but he’ll be able to handle it and I have every confidence he’ll be confirmed,” Hatch said.

Hatch, who had conferred with Trump on the nominee, praised the president’s choice. “I have no doubt he is going to be a great justice,” he said.

Democrats, as the Senate minority, have few options to block Kavanaugh. But they warn that confirming him will tilt the court rightward, potentially undoing liberal advances in social issues as well as some aspects of the Affordable Care Act.

Democrats are also raising red flags over Kavanaugh’s writings that suggest investigations of sitting presidents are a distraction to executive branch leadership. They see that as concerning amid the ongoing special counsel probe of Russian interference in the 2016 election.

“The American people should have their eyes wide open to these stakes,” said Sen. Chuck Schumer, D-N.Y., the minority leader.

Both sides have begun airing ads gearing up for a long summer confirmation battle that will stretch into fall. Republicans hope to have Kavanaugh confirmed by the start of the court’s session in October, and before the midterm election.

No date has been set for confirmation hearings.