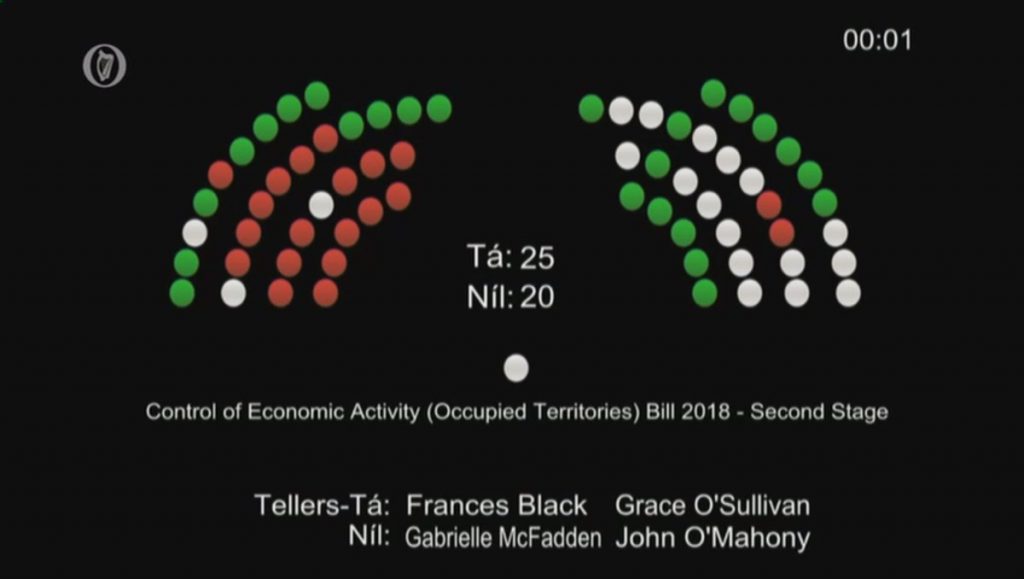 The Irish Senate became the first parliamentary body in the European Union to officially join the BDS movement on Wednesday as it voted to approve a bill calling for the boycott of Israeli products from over the Green Line.

“The Irish Senate has given its hand to an aggressive, dangerous and radical populist anti-Israel boycott initiative that undermines prospects for a dialogue between Israel and the Palestinians,” said the Ministry.

“The absurdity in the course of the Irish Senate is that the boycott will harm the livelihood of many Palestinians working in the Israeli industrial zones affected by the boycott, and Israel will consider its steps in accordance with the developments in this legislation,” the Foreign Ministry said.

The ministry has also summoned Ireland’s ambassador to Israel to clarify the matter on Thursday, according to Israel’s Channel 10.

The European Union has issued guidelines for member states seeking to label such goods, but never made the guidelines binding.

The proposal will not become law, however, until it passes several more stages of the legislative process and is signed by the Irish president. It carries a penalty of up to five years in jail and a fine up to a quarter of a million euros.

The bill, which does not mention Israel or Yehudah and Shomron by name, makes it “an offense for a person to import or sell goods or services originating in an occupied territory or to extract resources from an occupied territory in certain circumstances; and to provide for related matters.”

Nonetheless, it was understood to be targeting Israel, as evinced by the Irish Social Democrats celebrating with tweeted photos of MPs with balloons and Palestinian flags.