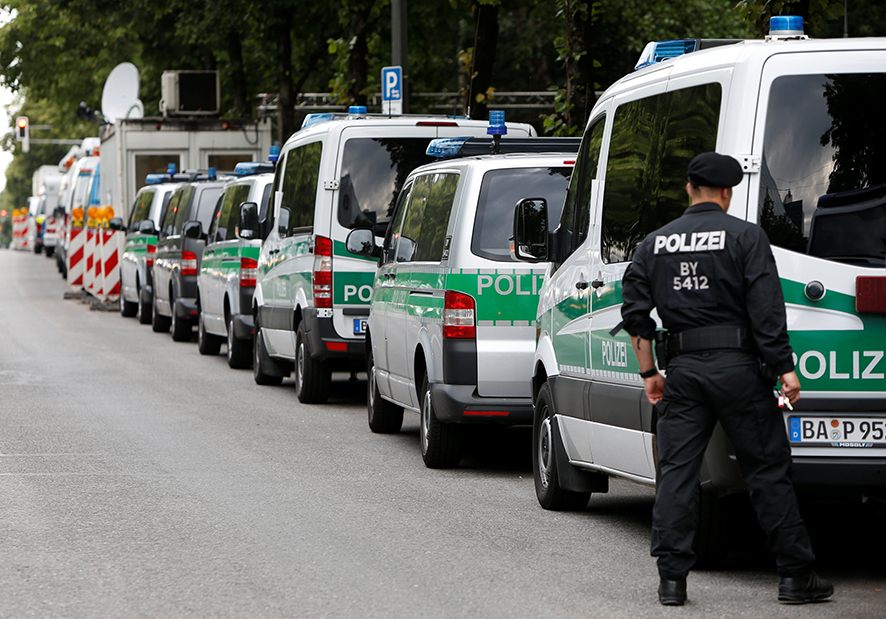 A German court on Wednesday found the main defendant in a high-profile neo-Nazi trial guilty over the killing of 10 people — most of them migrants — who were gunned down between 2000 and 2007 in a case that shocked Germany and prompted accusations of institutional racism in the country’s security agencies.

Judges sentenced Beate Zschaepe to life in prison for murder, membership in a terrorist organization, bomb attacks that injured dozens and several lesser crimes including a string of robberies. Four men were found guilty of supporting the group in various ways and sentenced to prison terms of between 2-½ and 10 years.

The 43-year-old showed no emotion as Goetzl read out her sentence. A number of far-right activists attending the trial clapped when one the co-accused, Andre Eminger, received a lower sentence than expected.

Zschaepe was arrested in 2011, shortly after her two accomplices were found dead in an apparent murder-suicide. Together with the men, Uwe Mundlos and Uwe Boehnhardt, she had formed the National Socialist Underground, a group that pursued an ideology of white racial supremacy by targeting migrants, mostly of Turkish origin.

Known by its acronym NSU, the group evaded arrest for almost 14 years, thanks to a network of supporters and repeated mistakes by German security agencies.

Anti-migrant sentiment that underpinned the group’s ideology was particularly strong in eastern Germany during the early 1990s, when Mundlos, Boehnhardt and Zschaepe were in their late teens and early 20s. The period saw a string of terror attacks against migrants and the rise of far-right parties.

Anti-racism campaigners have drawn parallels between that period and the violence directed toward asylum-seekers in Germany in recent years, which has seen the emergence of the far-right Alternative for Germany party.

The case against Zschaepe hinged heavily on the question of whether judges would hold her equally culpable for the killings as her two dead accomplices, even though there was no evidence she had been physically present during the attacks.

Her lawyers sought to portray Zschaepe as naive woman who played no active role in the killings, bomb attacks and bank robberies committed by Mundlos and Boehnhardt. Zschaepe rarely spoke during the five-year trial, refusing to answer questions from lawyers representing the victims’ families. Toward the end, she expressed regret for the families’ losses and described herself as “morally guilty” but urged the court not to convict her “for something that I neither wanted nor did.”

Barbara John, the government’s ombudswoman for the victims’ families, said many in Germany don’t want to know the details of the case.

“That’s true, too, for immigrants who want to protect themselves psychologically from the knowledge that they live in a country which couldn’t protect them,” she told The Associated Press.

Speaking ahead of the verdict, John said the trial could help send a signal not just to far-right extremists but also to the country’s security agencies, which for years failed to consider a possible far-right motive in the 10 killings and two bombs attacks that took place across the country. Instead, police focused on whether the victims had ties to organized crime — a line of investigation for which there was never any evidence.

Families of the victims said Tuesday that the suspicion directed toward their loved ones shook their faith in the German justice system.

“The investigation went in the wrong direction, not due to the failure of individuals but due to institutional racism,” said Alexander Hoffmann, a lawyer representing victims of a 2004 bomb attack in Cologne.

He urged federal prosecutors to continue investigating the NSU’s wider network of supporters, believed to be much broader than the four men on trial with Zschaepe.

John, the ombudswoman, said there are encouraging signs that police and intelligence agencies are beginning to listen to minorities and make an effort to recruit them, ending the long-maintained illusion that Germany isn’t a country of immigrants.

“One big question remains: Do we in Germany really want to know why and how the NSU murders occurred?” she said. “If that were the case, the work of politicians and civil society needs to continue.”