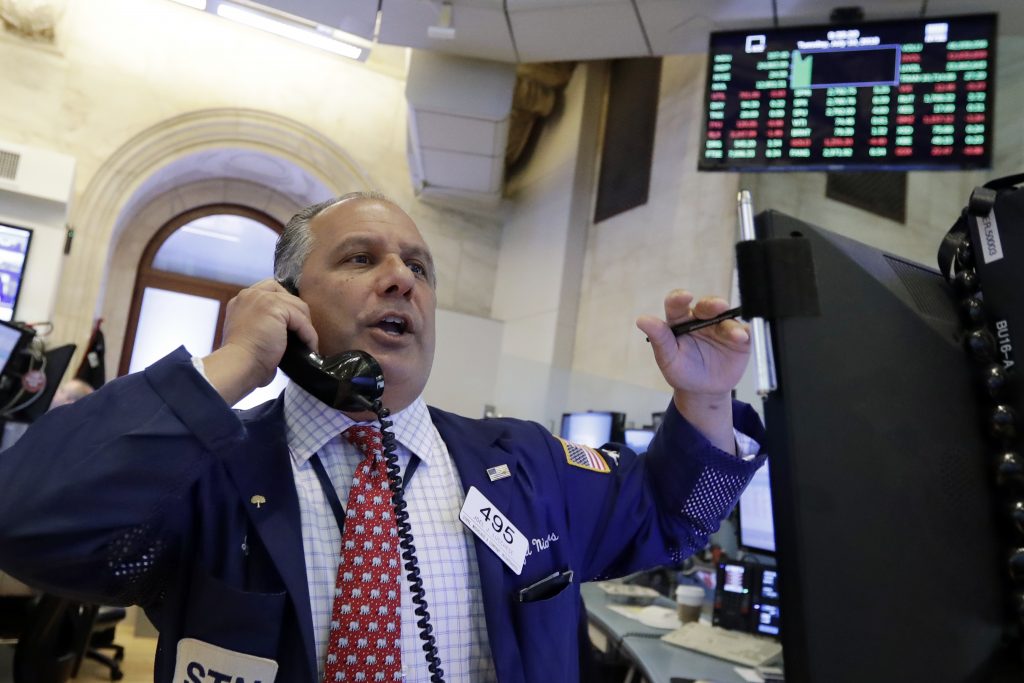 U.S. stocks are mixed Tuesday afternoon as household goods companies rise but banks continue to struggle, as they have for most of this year. PepsiCo is gaining ground, after reporting solid second-quarter results. Stocks started the day higher but have given up much of that gain.

The Russell 2000 index of smaller-company stocks lost 12 points, or 0.7 percent, to 1,691. That index had climbed almost 4 percent over the last five days. Most of the stocks on the New York Stock Exchange traded lower.

The U.S. and China are now in open conflict over trade, but Wall Street has focused instead on last week’s strong jobs report for June, as well as company earnings reports. Major U.S. banks, including JPMorgan Chase and Citigroup will announce their results Friday morning.

DRINK UP: PepsiCo’s beverage sales are still struggling as the company tries to adjust to Americans’ changing drinking habits. The maker of Gatorade, Mountain Dew and Tropicana said sales in North America fell, but its earnings were better than expected and analysts were pleased with its results in other markets.

GUT RENO: The shakeup at Lowe’s continued as the home improvement chain said its chief operating officer and several other executives are leaving because their jobs are being eliminated or assigned to other executives. Marvin Ellison became Lowe’s CEO on July 2; and the company’s chief financial officer announced his retirement in June.

JAMMED: J.M. Smucker said it will sell its U.S. baking business, including Pillsbury. Brynwood Partners will buy the division for $375 million. Smucker said the business had about $370 million in sales over its last fiscal year; and the sale will reduce its adjusted profit by 25-30 cents a share this year. The stock declined 2.3 percent to $108.37.

BONDS: Bond prices were little changed after a sharp drop one day earlier. The yield on the 10-year Treasury note held steady at 2.86 percent.

Utilities and phone companies recovered some of Monday’s losses. Those stocks pay large dividends; and investors often view them as alternatives to bonds. When bond yields rise, the big dividend payers become less appealing to investors who are seeking a source of steady income.

Banks have fared far worse than the rest of the market this year. Industrial companies, which have fallen out of favor as Wall Street braced for a trade war, also continued to struggle on Tuesday. Delta Air Lines fell 1.3 percent to $49.85; and Fortive lost 1.6 percent to $76.65.

OVERSEAS: France’s CAC 40 gained 0.7 percent; and the German DAX added 0.5 percent. The FTSE 100 index of British shares rose 0.1 percent. The FTSE 100 has rallied over the last few days, as investors saw signs Britain would keep closer trade ties with the European Union after it leaves the EU.