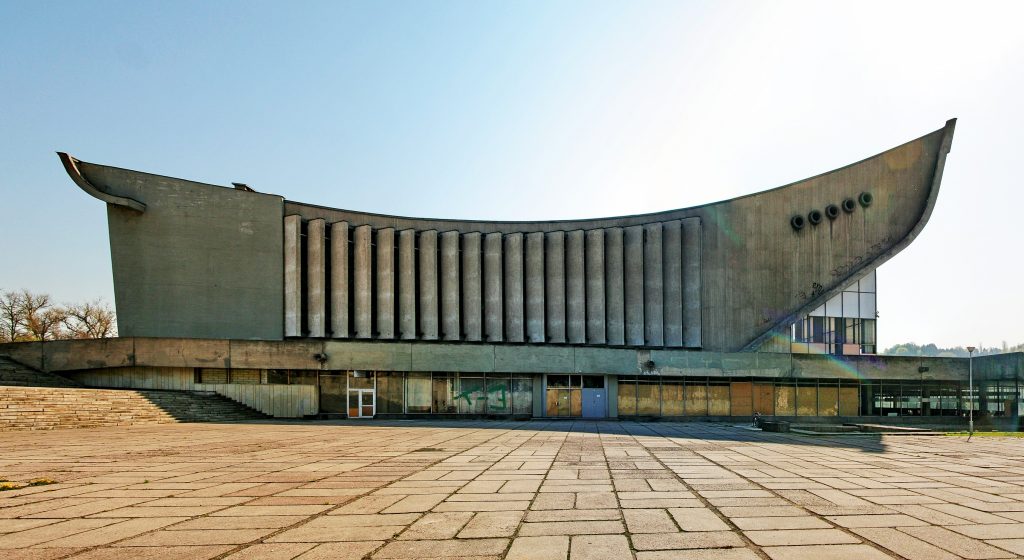 Amid continuing threats to one of Jewry’s sacred sites, the Snipisek Jewish Cemetery in Vilnius (Vilna), three U.S. senators have sent a letter to Lithuania’s president, protesting plans to build on the spot.

Activists from Jewish communities around the world have been fighting for the beis hachaim’s preservation, since plans for various construction projects were announced over several years ago.

The site, in the center of Vilnius, is void of tombstones, as it is a victim of the desecration that occurred during Nazi occupation and Soviet rule. The only structures are a small memorial and an abandoned arena called the “Palace of Concerts and Sports,” built in the 1960s. Since then, two apartment buildings were also erected on the grounds. The current project centers on plans to refurbish and expand the decrepit arena.

“This historic cemetery is culturally significant to Jewish communities both locally and around the globe,” reads the letter addressed to Lithuania’s President, Dalia Grybauskaitė. “We respectfully urge the relevant Lithuanian authorities to reconsider plans to begin renovating the Vilnius Palace of Concerts and Sports in 2021, and instead to dismantle and move the facility to another site without disturbing the remains of those buried in the cemetery.”

The historic site, known as Vilna’s “old” cemetery dates back to the 15th century, and is the resting place of the Chayei Adam, Reb Zalman of Volozhin and many other Lithuanian Gedolim.

The Vilna Gaon and the Ger Tzedek were originally interred there, but their remains were moved in the 1950s, when the communist government began construction of the sports complex on the cemetery’s edge.

Plans to replace the Sports Palace with a modern convention center have been met with protests from Jewish groups, but the local government remained undeterred. Last year, the project was put on hold, after the company that had been slated to do the work was disqualified; for it was revealed that it had falsified documents during the bidding process. Some were hopeful that this development would open a window for a new round of negotiations; but the institution responsible for projects on government-owned property continues to list the revamped center as one of its ongoing ventures.

The letter, signed by Senators, Benjamin Cardin (D-Maryland), Pat Roberts (R-Kansas) and James Risch (R-Idaho) makes note of a proposal made by the Lithuanian authorizes to include a wing in the building that would memorialize the cemetery, but notes that the planned renovation is still likely to desecrate many of the remains interred at the site.

A statement by Turto Bankas, the entity overseeing the project, said that the construction will be constructed in a way to preserve “cultural heritage.” Plans for the new center include a 2500 seat “meeting room” and 10 separate conference halls.

The letter largely echoes the message of a letter sent last year that was signed by 12 members of the House of Representatives that called the plan “an affront to the Jewish community” and called on the Lithuanian government to take “steps that guarantee permanent preservation,” of the spot.