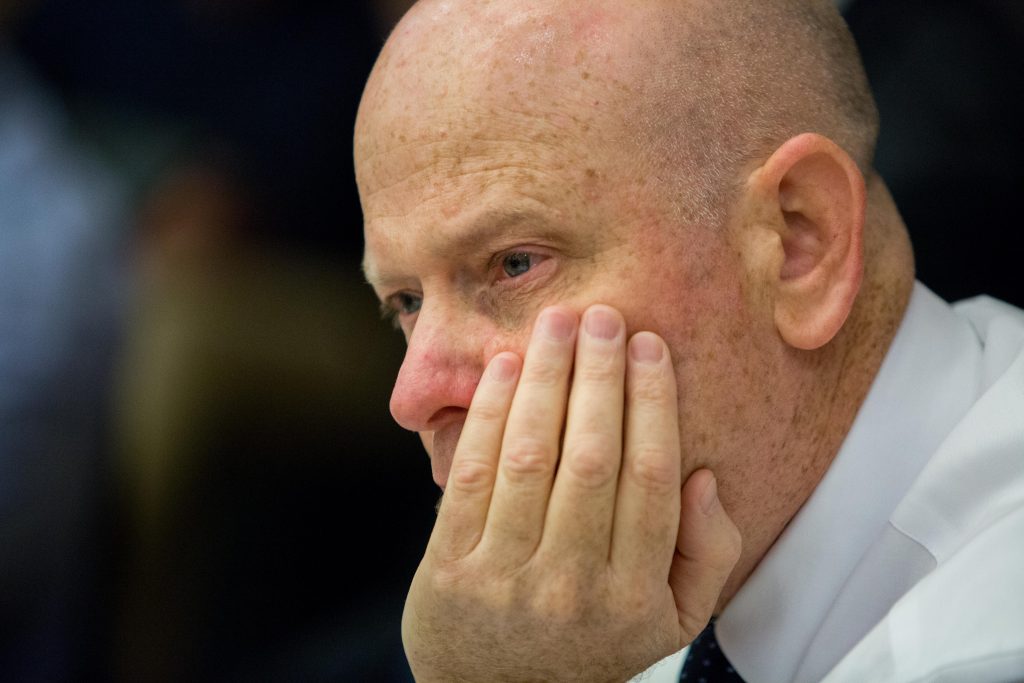 Israel’s President Reuven Rivlin came out on Tuesday against the proposed “Jewish State” bill, saying that in its present form it poses a danger to the state and the Jewish people.

In a letter Rivlin sent to Knesset members on Tuesday morning, he singled out as unacceptable a clause in the bill that declares, “the State may allow a community, including followers of a single religion or members of a single nationality, to establish a separate communal settlement.”

Instead of enshrining in the Basic Law the Jewish character of the country, as the bill purports to do, he charged that it would enshrine discriminatory practices.

Rivlin asked, “Are we … willing to lend a hand to the discrimination and exclusion of a man or a woman based on their background?”

The law, he contended, would “allow virtually every community, without any limitation or balance, to establish a community without Mizrahim, without chareidim, without Druze … ”

“I am concerned that the broad manner in which this article was formulated, without balances, is liable to harm the Jewish people — Jews throughout the world and the State of Israel — and can even be used as a weapon by our enemies,” Rivlin added.

Shortly after the president’s broadside was made public, Knesset Legal Adviser Eyal Yinon released an opinion of his own which argued that the aforementioned clause might not pass the scrutiny of the High Court, and therefore advised that “MKs not to pass the law with it included.”

“The proposal that I initiated states the obvious; but even the obvious needs to be stated: The majority also have rights in Israel, even the Jews,” he added, of the bill which declares Yerushalayim the capital of Israel, makes explicit the connection between Diaspora Jewry and the state, fixes the Hebrew calendar as the official calendar, recognizes Independence Day, days of remembrance and Jewish holidays in the Basic Law and downgrades Arabic from an official language to one with “special status,” ensuring its speakers the “right to accessible state services.”

Calling the letter “a very, very unusual step,” Erdan said “It is his right to express a position; but the members of the Knesset are the ones elected.”

Although the Israeli presidency is meant to be a non-political, ceremonial position, Rivlin, like his predecessor Shimon Peres, has often strayed into politics, and strikingly to the left of his previous stance as a veteran Likud member.

“Unfortunately, President Rivlin has lost it,” he said in a statement. “His efforts to connect to the general public in the State of Israel has made him forget his DNA and the principles on which he was educated. It pains me that time and time again, the president chooses to attack the basic principles of the right-wing government and Prime Minister Binyamin Netanyahu.”

The “Jewish State” bill suffered a setback the day before, when the Jewish Home party, which has supported it, threatened vote against it if another contested clause is not reinstated. Without the votes of Jewish Home, the bill will likely be defeated in the final Knesset reading.

The clause in question asserts the primacy of Jewish law over secular law. It was deleted following objections raised by Yisrael Beytenu and other coalition parties, and was not included in the version that passed its first reading in the plenum.

Jewish Home MK Nissim Smoliansky declared that it was inconceivable that the clause should be expunged.

“The Likud heads promised it would be put into the Jewish state bill,” he said according to a Walla news report. “Did Likud decide to abandon Jewish jurisprudence?”

Opposition MKs have been fulminating against what they see as an undemocratic, even racist, piece of legislation.

Zionist Camp MK Tzipi Livni was ejected from a joint Knesset and Constitution Committee meeting when she insisted on quoting Rivlin against the bill, even when it wasn’t her turn to speak. To dramatize the point, she read the Declaration of Independence and said the bill contradicted it.

Yesh Atid MK Pnina Tamnu-Shata said: “I have persuaded BDS activists that Israel is not apartheid; but if this bill passes, I won’t be able to do that anymore. Today, the BDS is celebrating.”