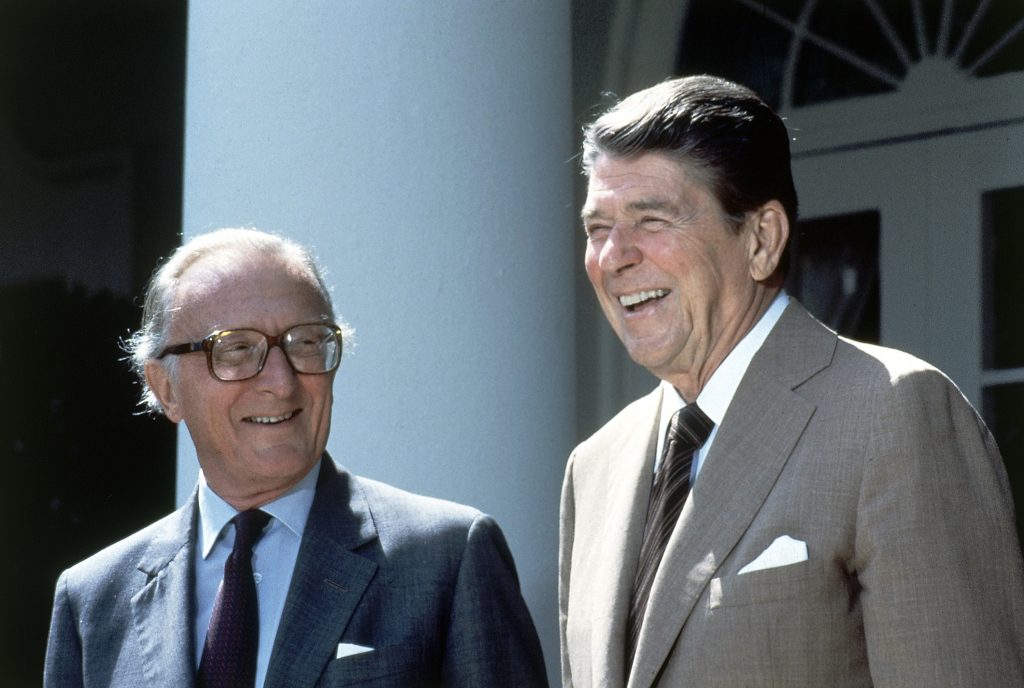 Peter Carington, a long-serving British politician who was the last survivor of Prime Minister Winston Churchill’s government, died Monday. He was 99.

Known for being both refined and personable, Carington served as an agriculture minister in Churchill’s post-World War II government. He went on to hold several of the top jobs in British politics, including defense secretary and foreign secretary. He also was NATO secretary-general in the mid-1980s when there was a clear thawing in relations between Washington and Moscow.

“There can be few people who have served our country for as long, and with such dedication, as Lord Carrington did — from his gallantry as a tank commander in the Second World War, for which he was awarded the Military Cross, to his service in government under two monarchs and six prime ministers, dating back to Winston Churchill,” Prime Minster Theresa May said.

“He was a much loved and widely respected member of the House of Lords for nearly eight decades, and served with great honor and integrity in government.”

In 1982, he resigned as foreign secretary in Prime Minister Margaret Thatcher’s government after Argentina invaded and occupied the Falkland Islands. Britain won the islands back after a brief war, but he blamed himself in part for failing to foresee the invasion and for not preventing it.

“You have to get things into perspective,” he would say years later. “I lost my job. Others lost their lives.”

He garnered admiration for resigning on a point of principle and in 1984 he was appointed secretary-general of NATO. He served in that role for four years during which U.S. President Ronald Reagan and Soviet leader Mikhail Gorbachev started bringing an end to the Cold War.

In the early 1990s, he also served as the European Union negotiator as diplomats tried to broker a deal to end the civil war in Yugoslavia.

In Britain, he is perhaps best remembered for his role in ending 14 years of deadlock in the former British colony of Rhodesia, steering it to independence as black-ruled Zimbabwe in 1980.

A hereditary peer, his title was Lord Carrington — with a double r, though his surname only had one. He had sat in the British Parliament’s upper chamber, the House of Lords, since 1945, becoming its oldest and longest-serving member.