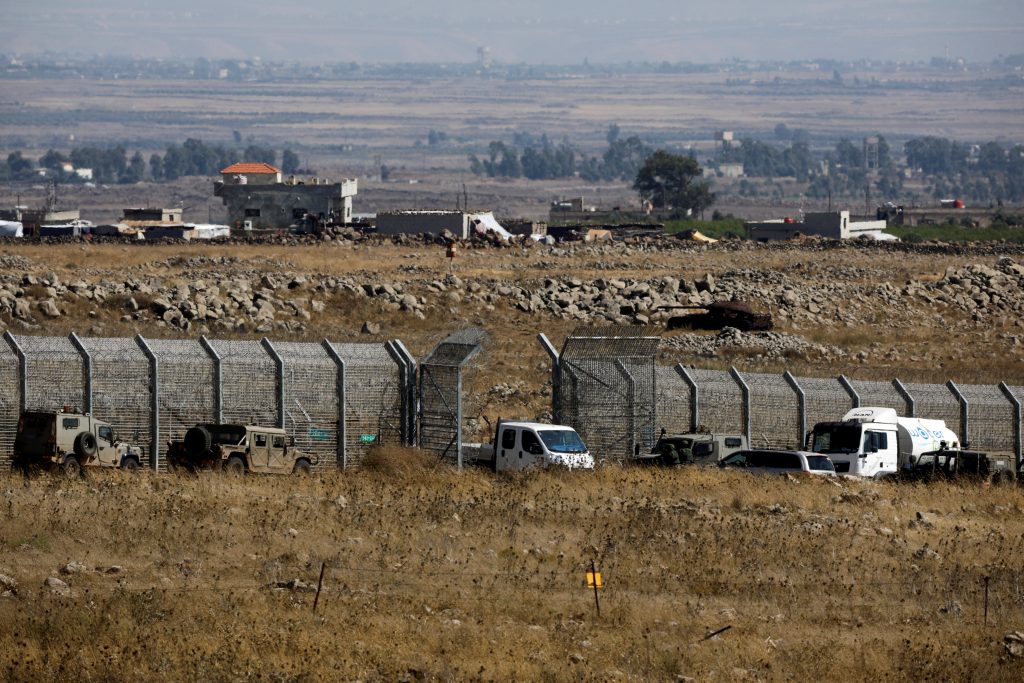 Israel held out the prospect on Tuesday of eventual contacts with Syria under President Bashar al-Assad, in a nod to his regime-consolidating advances in a seven-year-old civil war that Israeli officials had initially predicted would topple him.

Assad’s Russian-backed forces have advanced in southwest Syria and are on course to reach Quneitra, a rebel-held district abutting the Golan Heights frontier with Israel. That has stirred Israeli concern that he may try to deploy troops there in defiance of a 1974 U.N. demilitarization accord on the Golan.

Touring the Israeli Golan, Defense Minister Avigdor Liberman ramped up threats to use armed force should Damascus encroach militarily. “Any Syrian soldier who will be in the buffer zone risks his life,” Liberman told reporters.

However, Liberman appeared to signal acknowledgment that Assad would regain control of the Syrian side of the Golan.

Asked by a reporter if he anticipated a time when Quneitra crossing would be reopened under the U.N.-monitored armistice between Israel and Syria, and whether the two old enemies could establish “some kind of relationship,” Liberman said: “I reckon we are a long way from that, but we are not ruling out anything.”

His remarks could foreshadow a more open approach to Assad ahead of Israeli Prime Minister Binyamin Netanyahu’s Syria talks with Russian President Vladimir Putin in Moscow on Wednesday.

Under Assad family rule, Syria held direct negotiations with Israel in the United States in 2000 and indirect talks mediated by Turkey in 2008, discussions predicated on the return of all or part of Golan areas that Israel captured during in the 1967 Six-Day War.

No agreements were signed, and after the Syrian civil war erupted in 2011, Israeli officials — including former Defense Minister Ehud Barak — said Assad could fall within weeks. The tide turned in Assad’s favor in 2015, when Russia intervened militarily on his behalf. Iran and Lebanon’s Hezbollah have also sent reinforcements to Syria.

While formally neutral on the civil war, Israel has carried out scores of air strikes on suspected Iranian or Hezbollah deployments and arms transfers in Syria, seeing these as a greater threat than Assad and warning him not to abet them.