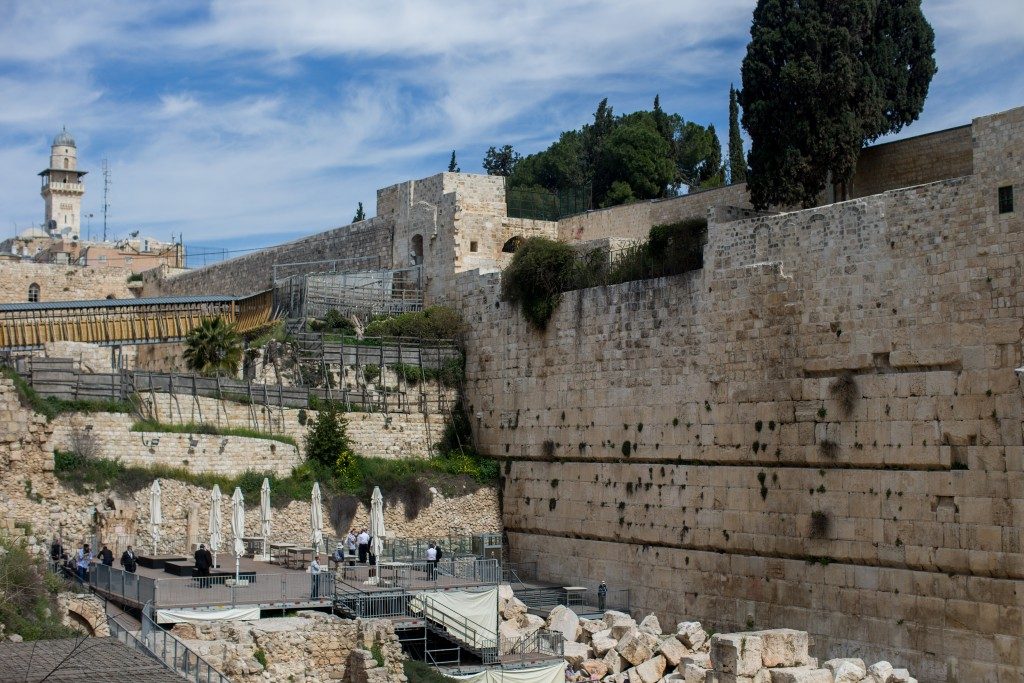 On Yom Kippur 5689 the signal was given. The Jews established, for the first time, a mechitzah at the Kosel to separate between men and women. During the daytime tefillah, British police officers burst into the plaza and violently removed the mechitzah. Several Jews were injured during the incident. As the result of the demonstrations of the Jewish yishuv, the British government, with the approval of the League of Nations, established a “Committee for the Determination of Controversial Rights and Demands in the Dispute of Jews and Muslims at the Western Wall.” It was a bit of a long name, but it covered the issue.

The Jewish Yishuv also established a committee to deal with the Kosel affairs. It was comprised of representatives of the national institutions, the Chief Rabbinate and Agudas Yisrael. That was also when the job of Rav of the Kosel was formed. Harav Yitzchak Orenstein — a Chabad Chassid who was one of the founders of the Chief Rabbinate, one of the first members of Kfar Ivri and a founding member of the Neve Yaakov neighborhood — became the first Kosel Rav, and strictly adhered to the site’s holy nature.

The second mechitzah — the one that stands to this day — was established by a group of Yerushalmi residents when the Kosel was liberated in 1967. While the army bulldozers were removing the rubble from the holy site, the members of the Brizel family entered, carrying metal bars and canvas, and built a provisional mechitzah. The Western Wall Heritage Foundation did not yet exist, but IDF soldiers, who were in charge of getting the site organized, came to dismantle the mechitzah. A tumult ensued, and an IDF officer, who realized that a needless provocation might result, suggested putting IDF barriers in place until the relevant authorities could make their decision.

The mechitzah was replaced in time with an official fence and no one ever thought of moving it from its place. That’s how it happened that the State of Israel and the IDF were actually the ones who physically placed the mechitzah between men and women, a mechitzah that lent the site the glory it deserved. Until the Reform came.

Fifty years after the capture of Yerushalayim and the return of the Kosel, that IDF mechitzah is wobbling. What was good for all the years until now, is being cut down at once by the chatter of the Reform. The entire Jewish nation respects Jewish tradition and is fine with the Kosel where our ancestors pleaded in prayer for thousands of years — separately of course. There are a handful of irrelevant people that are trying to overturn things and alter the status quo.

They fought and won. They received the southern part of the wall for their ceremonies. Now, they want another part. Why not? More real estate in the capital of Israel. But Justice Minister Ayelet Shaked, who was a member of the committee, decided to tell them no. The Reform were most offended.

Indeed, is that southern plaza they received not enough? Last week, Jewry marked the 17th of Tammuz. On this day, the walls of Yerushalayim were breached, marking the beginning of the Churban Beis Hamikdash. The Kosel was bustling that day as thousands of people came, like every day, to grieve and mourn for the destroyed city of Yerushalayim. But the southern plaza? Empty. Like every other day.

Truth be told, Reform Jewry has its own churban. They, in their new religion that was formed 200 years ago, promote the erasure of every Jewish symbol. They build their religion on the destruction of Judaism. Their emptiness and desolation are the symbols of the revolution they are trying to lead to uproot every Jewish sign from traditional Judaism.

They don’t really need a Kosel. They need recognition of their form of Judaism. And we will not give that to them.