Business Uber Will Rent Scooters in Partnership With Lime
Business 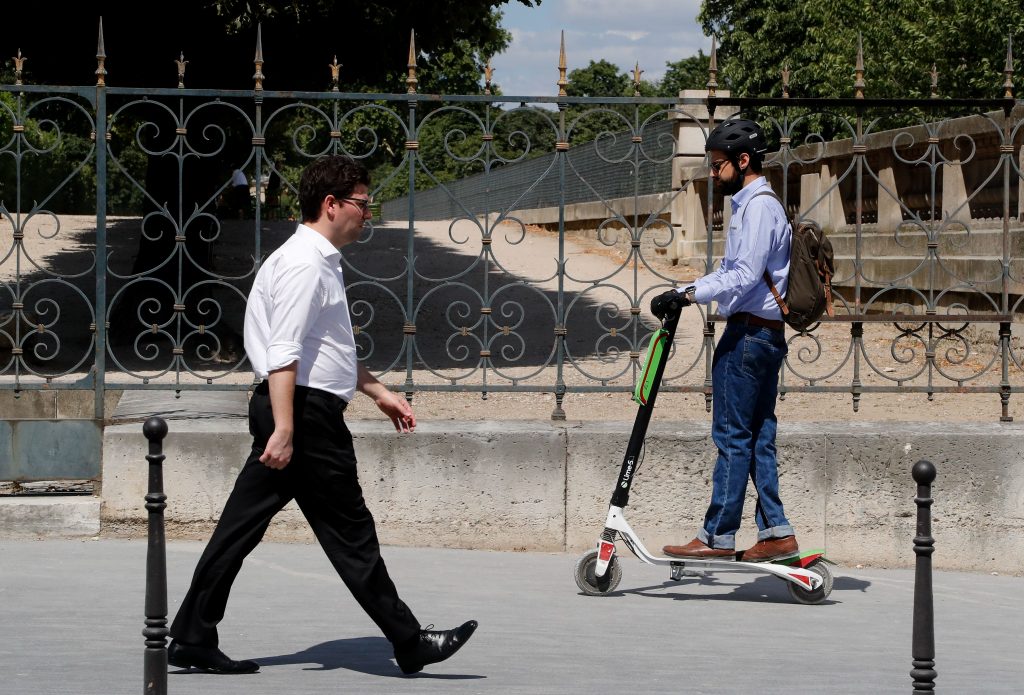 Electric scooter rental company Lime is teaming up with Uber to bring an unconventional mode of transportation to the world.

Uber Technologies Inc. is investing in Lime as part of a $335 million financing round, the companies plan to announce on Monday. The deal, led by Alphabet Inc.’s venture arm GV, values the scooter business at $1.1 billion.

While details of the partnership are still being finalized, Uber plans to promote Lime in its mobile application and slap its logo on the scooters, executives from the two companies said. Uber took a similar step with a startup called Jump Bikes, which rents electric bicycles, before acquiring the business for more than $100 million in April. Uber said it still plans to roll out e-bikes in more cities around the world.

The Uber-Lime alliance has implications for the brewing scooter ground war. Since Lime was founded 18 months ago, the San Mateo, California-based company has raised $467 million. Los Angeles-based Bird Rides has nearly as much cash. It was founded by Travis VanderZanden, a onetime Uber executive who has adopted an aesthetic similar to his former employer’s: In contrast to Lime’s bright color scheme and affable executives, Bird uses darker tones, and its founder is a controversial figure. Investors recently valued VanderZanden’s year-old company at $2 billion.

Lime said its service, which lets customers rent scooters scattered around cities and leave them on the sidewalk for the next person to pick up, is available in more than 70 markets in the U.S. and Europe. The new cash will go toward buying tens of thousands of lightweight electric scooters.

The scooters are manufactured in China to the company’s design specifications. Brad Bao, a former Tencent Holdings executive who co-founded Lime, is proud of the company’s investment in custom vehicles, as opposed to buying ones off the shelf. However, there’s a looming threat of a price hike as the U.S. targets scooters on a list of potential China tariffs. Lime said it doesn’t expect the trade war to impact its business. “We choose the harder path,” said Bao. “We’re a capital-heavy business.”

Lime’s partnership with Uber raises as many questions as it answers about the ride-hailing company’s scooter strategy. Uber has filed an application in San Francisco to introduce a scooter service of its own. There’s also the risk of cheaper forms of transportation eating into Uber’s main business of car fares.

“As a company we’ve leaned into self-cannibalization throughout our history,” said Rachel Holt, the former head of Uber’s North America ride-hailing business who’s now leading scooter and bike-rental efforts along with public transportation partnerships. She said Uber undercut its original ride-hailing business with a cheaper carpooling service. “We are going to continue to double down on the Jump acquisition that we’ve made, and we’ve got a very expansive roll-out strategy there that we’re excited about,” she said.

Since taking over as Uber chief executive officer last year, Dara Khosrowshahi has articulated a strategy that would make the company’s app a central place for all kinds of urban transportation. This includes public transit, rental cars, scooters and bicycles.

Uber was drawn to Lime because it’s already available in major cities. “We feel like their footprint is obviously quite expansive at this point, and we’re really excited to see where it can go,” Holt said. However, the deal doesn’t preclude Uber from entering the scooter business on its own, she said.

Lyft Inc., which has gained popularity in the U.S. over the last year as Uber has stumbled, is also poised to get into the scooter and bike-rental businesses. It said last week it’s buying Motivate, the operator of Citi Bike in New York and similar services in other cities.

But Lime said it was most impressed by Uber’s strategy and its global heft. “Not many ride-share programs are global,” said Chief Executive Officer Toby Sun. Lime is developing “Uber-type market share and Lyft-type reputation,” Sun said. “In this kind of market, they go together.”

While the pact with Uber is set to have a more visible and immediate impact on Lime’s business, Google’s parent company is making the largest financial commitment to the scooter startup. Alphabet is investing both directly and through its GV fund. Alphabet is also an Uber investor, but the two have a tortured history. Alphabet’s Waymo has sparred with Uber in the courtroom and on the road, where people can hail rides from the search giant’s self-driving minivans in Arizona.

GV partner Joe Kraus is joining Lime’s board, and he’s very excited about scooters. He said: “This reminds me a tremendous amount of the early days of the internet.”