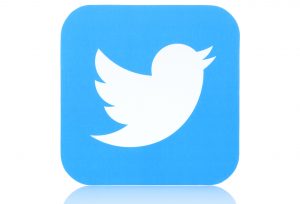 Twitter’s shares tanked on Monday, following a Washington Post article that the company suspended more than 70 million accounts in May and June — a clean-up of the platform that may affect user growth.

The Post story, which published Friday, said that the suspensions could have some impact on the company’s tally of monthly active users, a key growth metric that is closely monitored by Wall Street investors.

The drop of more than 5 percent Monday came on the heels of a positive run for Twitter. Overall, its shares were up 146% over the last 12 months, and it posted its first profit ever in February. The number of monthly users, called MAU, also jumped to 336 million in April, from 330 million in the previous quarter.

On Monday, Twitter’s Chief Financial Officer Ned Segal said in a tweet that most of the accounts were not active in the previous thirty days, and thus would not be counted in the MAU metric. However, the aggressive removal of unwanted accounts could result in a rare decline in the number of monthly users when the company reports its quarterly results later this month, a person familiar with the situation told The Post last week.

While falling user growth is a risk for Twitter, so are fake accounts that often stoke disinformation and manipulation. Twitter has gotten much more serious since the fall about cracking down on its longstanding problem of fake accounts, The Post reported. The decision to devote more resources to the issue followed a protracted battle within the company, and is a response to increased scrutiny in the wake of Russian meddling and of news reports about the severity of the bot problem. Twitter has also gained new technical capabilities that have enabled it to improve its detection of bots.

The company estimates that roughly 5 percent of its active users are fake or involved in spam; but outside researchers have said the number is much higher.

Twitter disclosed some details about the crackdown, which it refers to as information quality efforts, in April. Segal said the effort was already impacting monthly user counts and would be expected to do so in the future.

“The broader health initiatives that is removing spamming and suspicious accounts from Twitter continues to be something that will impact MAU,” Segal said on the company’s earning’s call. “We’re always going to do the right thing to make sure that the service is great for those that should be on it.”

Shareholders were not the only ones that appeared to take note of Twitter’s latest policing efforts. On Saturday, President Donald Trump tweeted about the news and used it as an opportunity to attack the news media. “Twitter is getting rid of fake accounts at a record pace. Will that include the Failing New York Times and propaganda machine for Amazon, the Washington Post, who constantly quote anonymous sources that, in my opinion, don’t exist – They will both be out of business in 7 years!,” he tweeted.