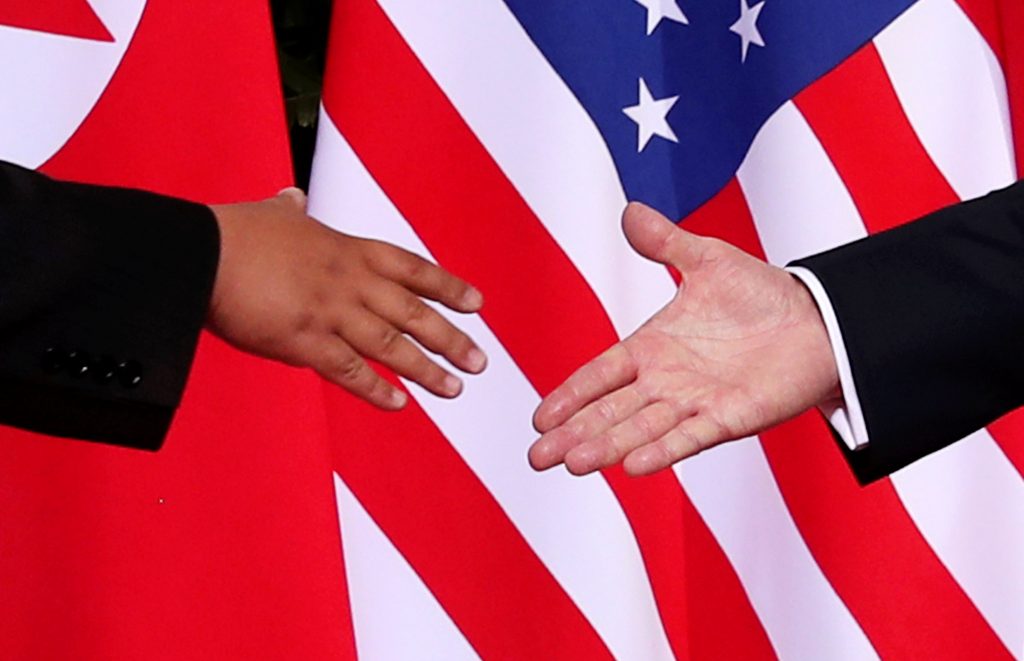 President Donald Trump on Monday raised concerns that Beijing may be seeking to derail efforts aimed at denuclearizing North Korea, but added that he was confident that Pyongyang leader Kim Jong Un will uphold his pact with the U.S. president.

“I have confidence that Kim Jong Un will honor the contract we signed &, even more importantly, our handshake. We agreed to the denuclearization of North Korea,” Trump wrote on Twitter.

“China, on the other hand, may be exerting negative pressure on a deal because of our posture on Chinese Trade-Hope Not!”

U.S. Secretary of State Mike Pompeo, after meetings in North Korea over the weekend, said that there was still a lot of work to do, but he was confident North Korean leader Kim Jong Un would stick to a commitment to abandon nuclear weapons he made during a summit with President Donald Trump in Singapore last month.

“When we spoke to them about denuclearization, they did not push back,” Pompeo told a news conference after two days of talks in Pyongyang that ended on Saturday. “The road ahead will be difficult and challenging and we know that critics will try to minimize the work that we’ve achieved.”

Pompeo said that while he saw progress in Pyongyang, the United States was not relaxing the current sanctions regime or changing its “ironclad” commitment to defend allies South Korea and Japan.

Pompeo spoke after North Korea said the talks “brought us in a dangerous situation where we may be shaken in our unshakable will for denuclearization, rather than consolidating trust.”