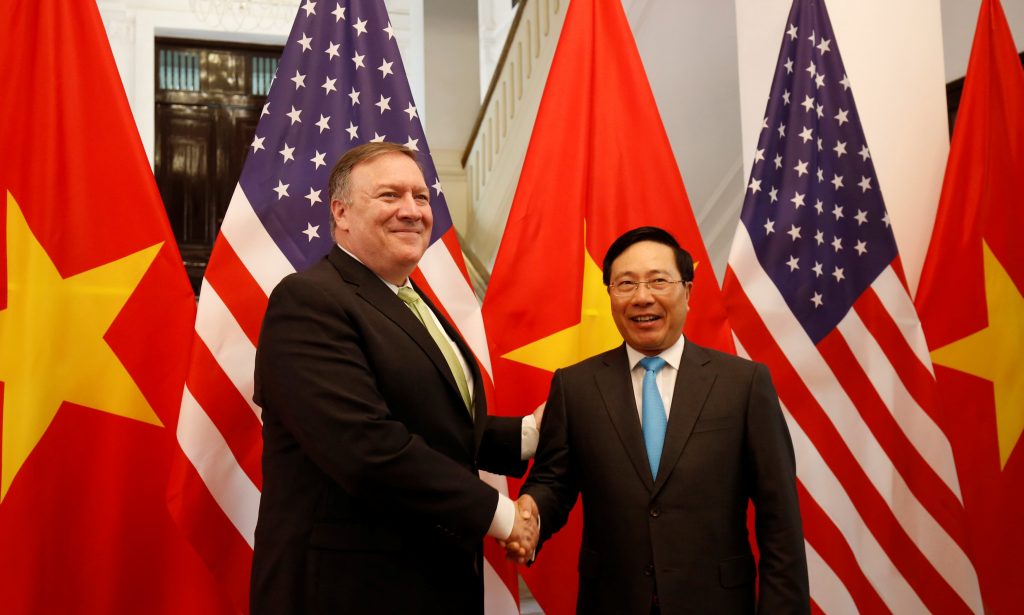 The return of remains of U.S. troops who went missing during the 1950-53 Korean War could help build trust between North Korea and the United States, U.S. Secretary of State Mike Pompeo said on Monday.

In a message posted to his Twitter account, Pompeo said Vietnam had handed over the remains of two U.S. military personnel before he arrived in Hanoi on Sunday.

“This same act 45 [years] ago built trust between our nations. Today we have a strong relationship,” Pompeo said on Twitter. “DPRK committed to repatriate remains as well.”

DPRK is short for Democratic People’s Republic of Korea, the North’s official title.

Pompeo was in Vietnam’s capital to meet with the Vietnamese leadership and discuss North Korea following two days of frosty talks in Pyongyang aimed at persuading leader Kim Jong Un to give up nuclear weapons.

Following those meetings, Pompeo said the two sides agreed to hold discussions on July 12 on repatriating the remains of U.S. troops.

According to the Pentagon, North Korean officials have indicated in the past that they have the remains of as many as 200 U.S. troops. More than 36,500 U.S. troops died in the conflict.

“Just as was the case with Vietnam, repatriation of U.S. remains from the DPRK will be important not just to American families, but to building trust between the United States and North Korea as well,” Pompeo said in a release provided by the State Department.