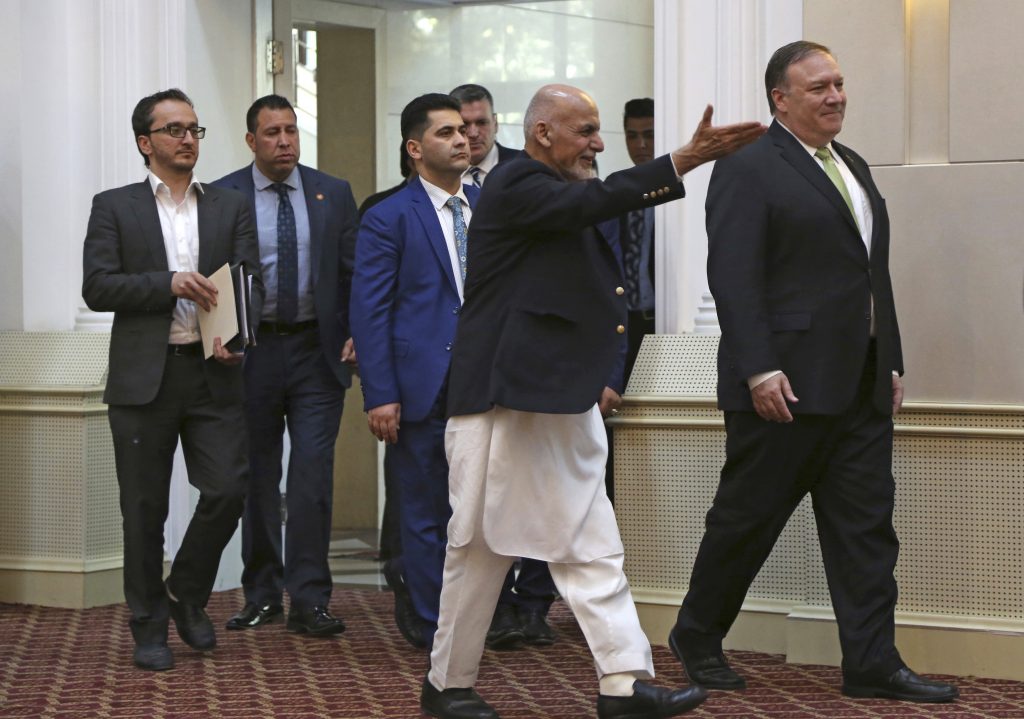 U.S. Secretary of State Mike Pompeo reiterated the Trump administration’s calls for peace talks between Afghanistan’s government and the Taliban on an unannounced visit to Kabul.

Pompeo made the appeal in meetings with Afghan President Ashraf Ghani and Chief Executive Abdullah Abdullah on Monday.

He said the United States is committed to supporting an Afghan-led peace process under which the Taliban could return to the fold if they renounce terrorism, cut ties to al-Qaida terrorists and accept the principles of Afghanistan’s constitution.

The Taliban have repeatedly rejected such calls.

A statement last month by the Afghan High Peace Council, a government body tasked with negotiating an end to the nearly 17-year war, called on the Taliban to join the peace process.