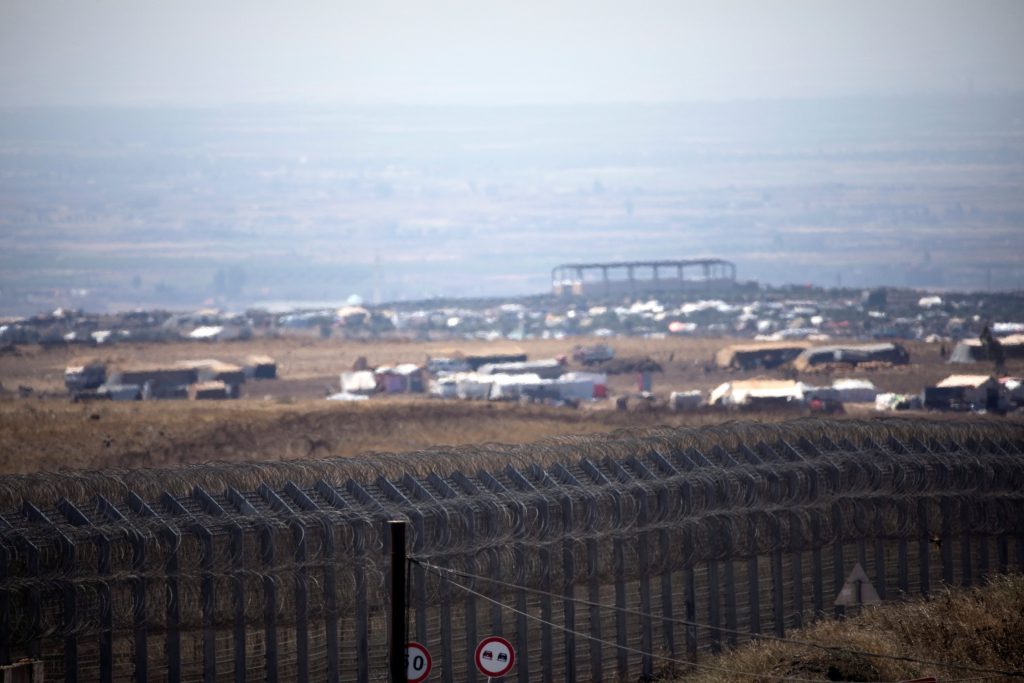 Israel threatened a “harsh response” on Monday to any attempt by Syrian forces advancing against southern rebel areas to deploy in a Golan Heights frontier zone that was demilitarized under a 44-year-old U.N. monitored truce between the neighboring foes.

Syrian government forces backed by Russia have launched an offensive in the southern Deraa province and are widely expected to move on rebel-held Quneitra, which is within a part of the Syrian Golan covered by the armistice.

Israel worries that Syria’s President Bashar al-Assad could let its enemies Iran and Hezbollah move forces into the area, giving them a foothold near its border. Tehran and the Lebanese group both back Assad in the complex conflict.

“For our part we will sanctify the 1974 disengagement agreement, and there too we will insist that every last letter be abided by, and any violation with meet a harsh response from the State ofIsrael,” Defence Minister Avigdor Liberman told his Yisrael Beytenu faction in broadcast remarks.

Assad’s conduct in southern Syria is expected to come up in talks in Moscow on Wednesday between Prime Minister Binyamin Netanyahu and Russian President Vladimir Putin.

Russia, whose 2015 intervention in the Syrian civil war turned the tide in Assad’s favour, has largely turned a blind eye to repeated Israeli airstrikes in Syria targeting suspected Iranian or Hezbollah emplacements and arms transfers.

But diplomats on both sides say Russia has made clear that it would oppose any Israeli action endangering Assad’s rule.

On Sunday night, Syria said its air defense repelled an Israeli sorties against the T4 air base in Homs province, where seven Iranian Revolutionary Guards Corps personnel died in an April 9 attack that Damascus and Tehran also blamed on Israel.

Israel, in keeping with its customary reticence on such operations, declined all comment.

“Regarding yesterday – I read about it in the newspapers today and I have nothing to add,” Liberman said on Monday.

“Perhaps just one thing, that our policy has not changed. We will not allow Iran’s entrenchment in Syria and we will not allow Syrian soil to be turned into a vanguard against the State of Israel. Nothing has changed. There is nothing new.”