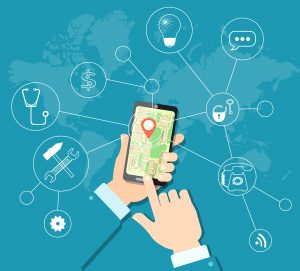 Top Republican lawmakers on the House Energy and Commerce Committee sent letters on Monday asking Apple and Google for more information on how extensively their smartphones track people’s locations and record snippets of their conversations.

The questions from lawmakers come amid a broader scrutiny from Capitol Hill into how the underlying, everyday practices of technology companies may infringe on Americans’ privacy. Congressional hearings with Facebook chief executive Mark Zuckerberg revealed several lawmakers were troubled by the amount of data that the social network collects on a regular basis.

In the letters to Google and Apple, lawmakers said the committee is “reviewing the business practices that may impact the privacy expectations of Americans.”

The letters ask Larry Page – the chief executive of Google’s parent company Alphabet – and Tim Cook, Apple’s chief executive, for more specific information on how their phones collect location information at times when many people may not expect it. This includes when devices are in “airplane mode” or have removed the SIM card – the small chip in cellphones that tie a phone to a particular person’s plan.

Members of Congress also asked for more information on what audio data may be collected by smartphone voice assistants, even when they have not been “triggered” with a phrase such as “Hey Siri” or “Ok Google.”

The letters, which were first reported by the Wall Street Journal, cite numerous media reports over the past couple of years outlining Google’s data-collection practices. The letter to Cook, who has for months been an outspoken critic of Facebook’s attitude toward privacy, asks if Apple is engaged in similar practices.

Apple declined to comment for this story, while a spokeswoman for Google did not immediately respond to questions. The companies have until July 28 to respond to lawmakers.

Previously, Apple has said that it uses tools like GPS and bluetooth to determine a device owner’s location if a user has enabled that functionality. For people who use those features, Apple has said it uses that data for a variety of purposes, including “provide you with geographically relevant ads on Apple News and in the App Store,” according to its privacy policy. If it’s turned off, Apple has said that “precise location” data isn’t sent to the company – though it uses other techniques to guess an iPhone user’s whereabouts to serve them relevant news and other recommendations.

iPhone owners can enable or disable Siri as they choose, Apple previously has said, but personal assistants often have to be listening constantly for their trigger words in order to function properly.

Google, for its part, confirmed to Quartz last year that its Android devices previously had been transmitting location information back to the company even in instances where users had turned off that functionality.