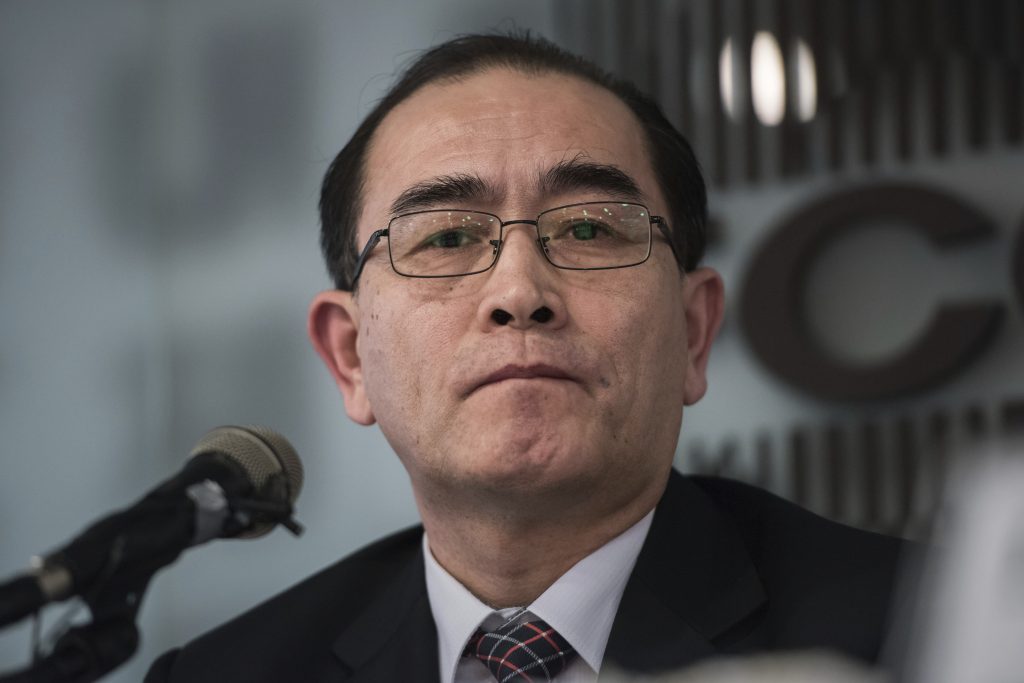 North Korea offered to stop supplying Iran with missile technology if Israel would pay it $1 billion in cash, according to a new book written by a former diplomat from Pyongyang.

Thae Yong-ho, who later defected to South Korea, claimed that the North Koreans attempted the nuclear blackmail in 1999. North Korea’s ambassador to Sweden conveyed the message to his Israeli counterpart, ambassador Gideon Ben Ami, in a Stockholm café.

Israel rejected the deal, he said, but instead offered to send food aid to North Korea a few days later.

Tzvi Gabbai, who was then deputy head of Israel’s Foreign Ministry Asia desk, told the Israeli Kan channel that Israel had offered to help North Korea with “agriculture or perhaps financially, but only if they would stop selling weapons to Syria and Iran or if they would open diplomatic relations with Israel.” Gabbai said they wouldn’t agree.

North Korea was known to be merchandising its missile technology in the Middle East at the time, and Iran was a customer at least since the early 1980s. Experts consulted by The Wall Street Journal noted clear similarities between Iran’s Shabab-3 and Khorramshahr missiles and North Korea’s Nodong and Musudan weapons, which tends to confirm the link.

North Korea continues to sell arms to this day. In 2017, Pyongyang made around $200 million in illegal weapons sales to such countries as Syria and Myanmar, according to a United Nations report.

It noted that North Korea was active in ballistic missile collaboration with President Bashar al-Assad’s regime in Syria and suggested it might be involved in building new chemical weapons storage or production facilities.