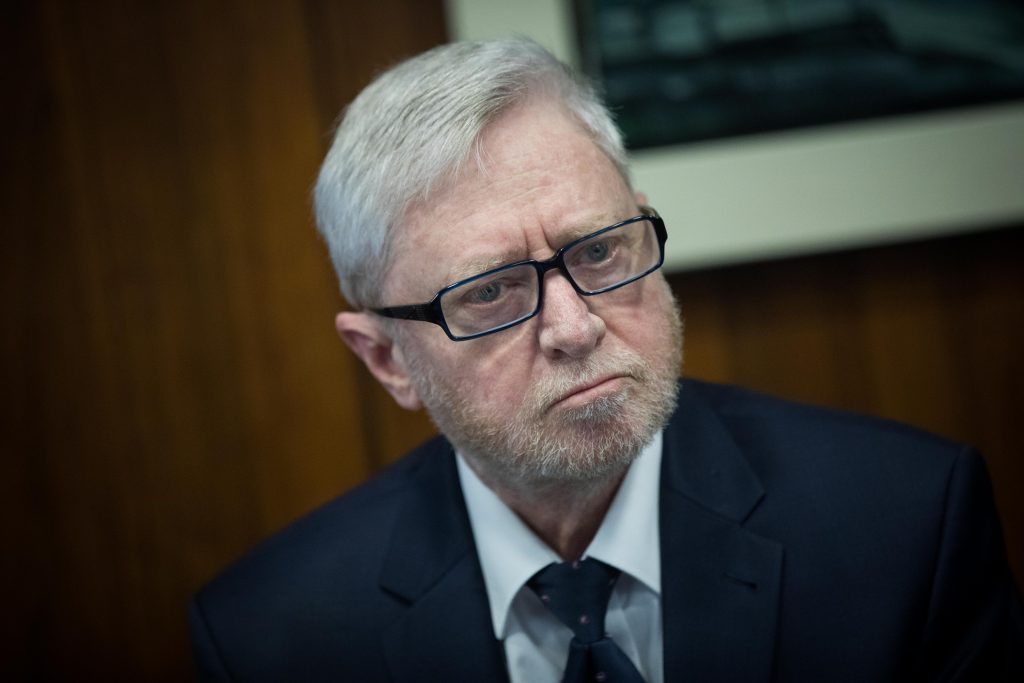 Ministerial and regional bodies along with the Jewish National Fund have been colluding in the use of state funds for construction projects in illegal outposts, the comptroller charged in a report issued on Monday.

“The activities of the Binyamin Regional Council should be viewed with great severity,” wrote Shapira of the largest regional body in Yehudah and Shomron, which governs over 50 communities.

“A public body that is charged with protecting the law is acting to allow the construction of illegal outposts,” he said. “The council … permits illegal construction in Yehudah and Shomron, and even promotes it.”

The comptroller cited construction in 2015 of a promenade to connect Talmon to nearby Neria at a total cost of 2.5 million shekels, promoted by the Council in conjunction with the Ministries of Agriculture and Interior.

He rejected the explanation that it was built for security reasons, pointing out the outdoor fitness facilities and picnic benches, which showed that the actual purpose was for tourism.

Another example given in the report was the regional council’s role in funding NIS 2 million ($550,000) for infrastructure improvements at the Harel and Esh Kodesh outposts.

In response, Binyamin Regional Council argued that the comptroller “ignored the legal and political complexities of Yehudah and Shomron, which include the absence of clear law regarding the conduct of authorities.”

Any mistakes were made in “good faith,” it said, and have since been corrected and do not reflect the current reality.

But on the general issue of promoting illegal outposts, the council maintained that it has a responsibility to provide for the basic needs for its residents, no matter where they choose to live. It also noted that the government has been working to legalize these communities.