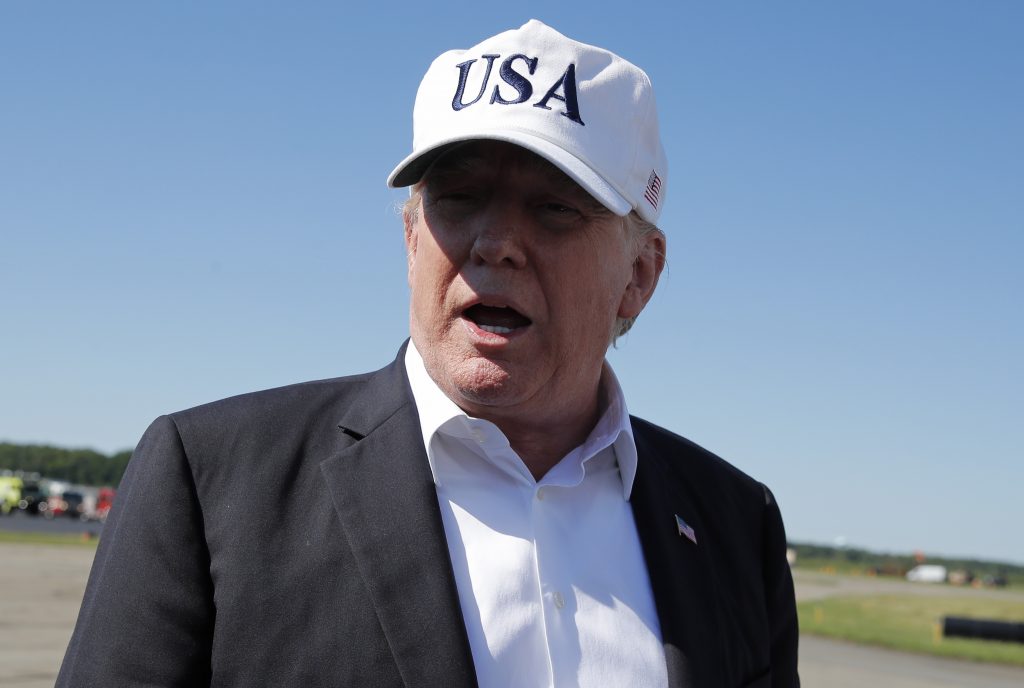 President Donald Trump on Sunday was still deliberating his decision on a replacement for Supreme Court Justice Anthony Kennedy as his self-imposed deadline for an announcement neared amid furious lobbying and frenzied speculation.

Mr. Trump, who spent the weekend at his New Jersey golf club, has not yet communicated a final choice, said a person familiar with his thinking who was not authorized to speak publicly. Mr. Trump has spent the weekend discussing his options with allies and will announce his pick at 9 p.m. Monday from the White House.

Savoring the suspense, Mr. Trump has sought to keep people guessing in the final hours, hoping to replicate his successful announcement of Justice Neil Gorsuch last year. The White House hoped to keep the details under wraps until he rolls out his pick from the East Room.

Top contenders for the role have included federal appellate judges Brett Kavanaugh, Raymond Kethledge, Amy Coney Barrett and Thomas Hardiman. The White House has been preparing information materials on all four, who were part of a longer list of 25 names vetted by conservative groups.

In his conversations over the weekend, Mr. Trump expressed renewed interest in Hardiman, the runner-up when Mr. Trump nominated Gorsuch, said two people with knowledge of his thinking who were not authorized to speak publicly. But Mr. Trump’s final decision remained far from clear, and the president wants to keep the guessing game going.

Mr. Trump has teased details of his process in recent days, saying Thursday that he was down to four people and “of the four people, I have it down to three or two.” On Saturday, he tweeted that a “Big decision” was coming soon.

Republican Sens. Lindsey Graham of South Carolina and Roy Blunt of Missouri said Sunday that they believe any of the top four contenders could get confirmed by the GOP-majority Senate.

“I think we can confirm any of the four names being mentioned,” Blunt said on NBC’s “Meet the Press.” ”They’re good judges. I think they’d be fine justices of the Supreme Court. I do think the president has to think about who is the easiest to get confirmed here. And I expect we will do that on sort of a normal timetable, a couple of months.”

The president and White House officials involved in the process have fielded calls and messages and have been on the receiving end of public pleas and op-eds for or against specific candidates since Kennedy announced on June 27 that he would retire this summer.

Some conservatives have expressed concerns about Kavanaugh — a longtime judge and former clerk for Kennedy — questioning his commitment to social issues and noting his time serving under President George W. Bush as evidence that he is a more establishment choice. But his supporters cite his experience and wide range of legal opinions. Barrett has excited social conservatives since she was questioned about her Roman Catholic faith in her nomination hearings last year, but her brief time on the bench has raised questions.

Outside adviser Leonard Leo, currently on leave from the Federalist Society, said on ABC on Sunday that this kind of jockeying is standard, noting that “every potential nominee before announcement gets concerns expressed about them by people who might ultimately support them.”

“Brett Kavanaugh and Amy Barrett have a lot of name recognition among supporters of the president, and I think that ultimately when people like them are nominated, you’ll see a lot of folks line up,” Leo said.

Of the other two, he added: “Ray Kethledge and Tom Hardiman, they’re a little bit less known by conservatives. And their records are a little bit lighter. So, it might take some time.”