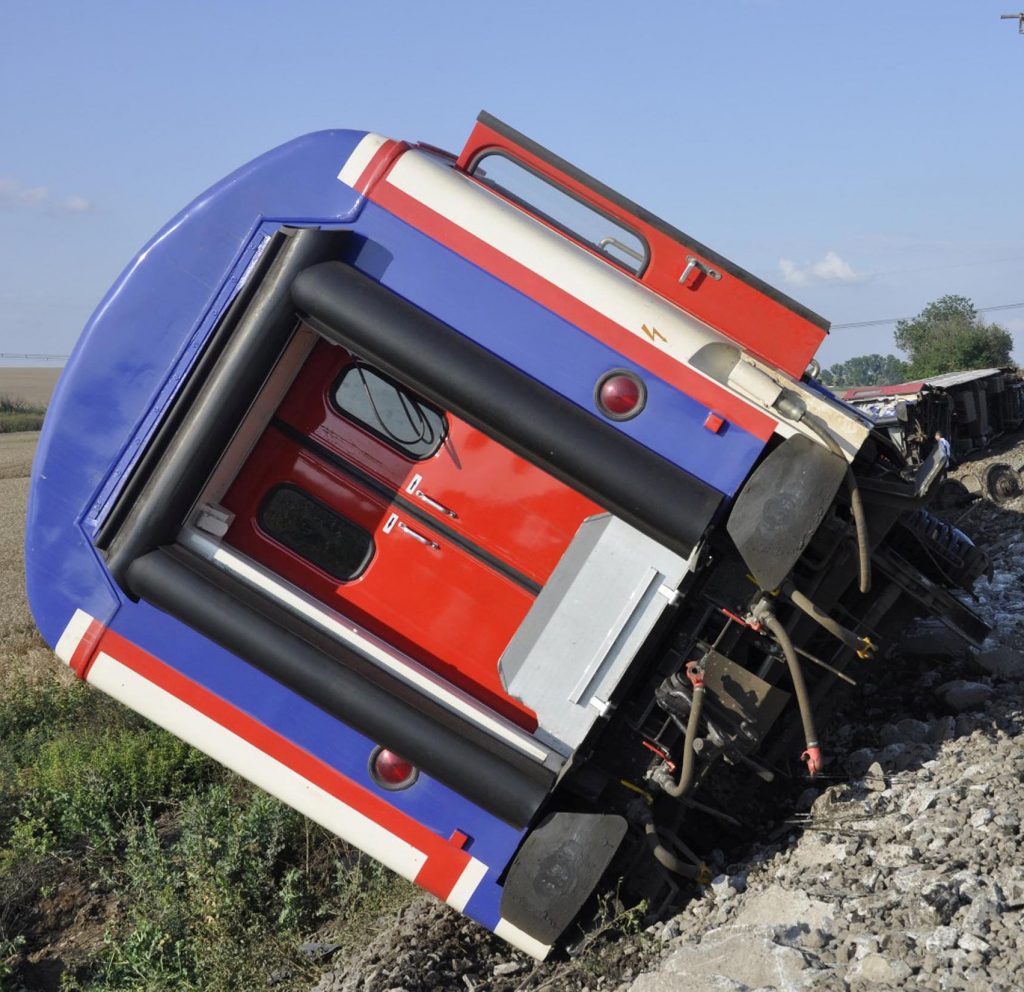 At least 10 people were killed and more than 70 injured Sunday when most of a passenger train derailed in northwestern Turkey, Turkish authorities said.

Health Ministry Undersecretary Eyup Gumus put the number of fatalities at 10 and the number of people injured at 73 based on initial reports from the scene, according to Turkey’s official Anadolu news agency.

The Ministry of Transport said five of the train’s six cars derailed in a village in Tekirdag province after “the ground between the culvert and the rail collapsed” due to heavy rain.

The train was heading to Istanbul from Edirne, on the border with Greece, bound for Istanbul with 362 passengers and six crew members, the transportation ministry said.

An unnamed survivor told the private DHA news agency she had been in one of the cars that went off the tracks.

“There were deaths immediately, people whose legs were crushed. It was a horrible accident,” she said.

A photograph of the site showed collapsed ground under the rails. Video footage captured overturned cars and several people being carried away on stretchers.

Tekirdag governor Mehmet Ceyhan said the area where the derailment happened was muddy from heavy rain and difficult to reach.

Emergency services, military and ambulance helicopters arrived at the scene.