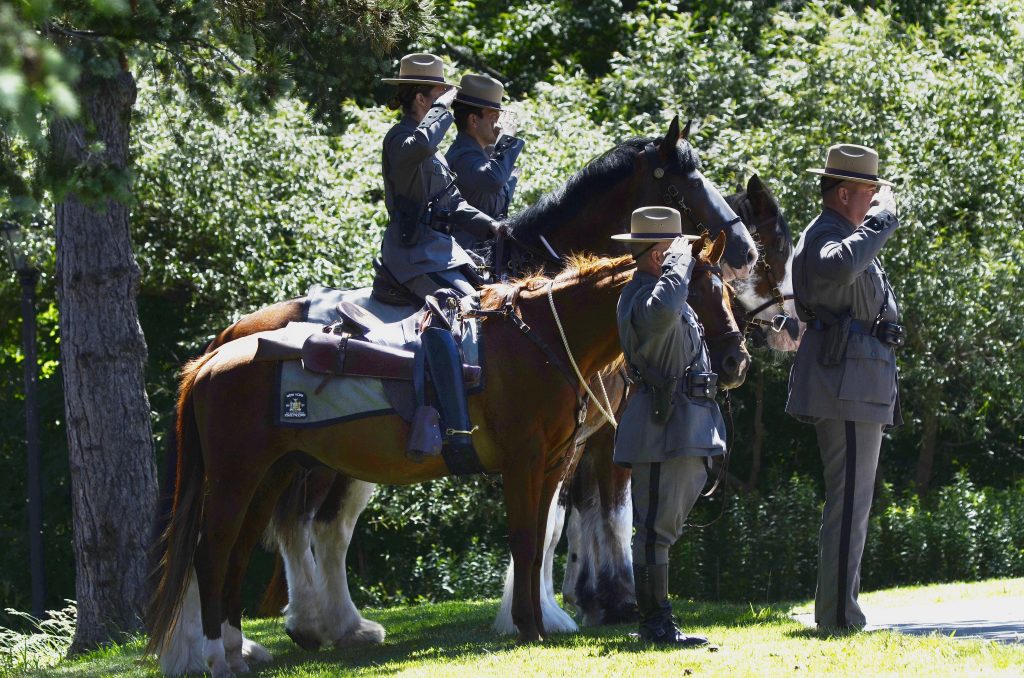 The second New York State trooper killed on duty in a decade was remembered at his funeral on Sunday for his leadership, passion for life and willingness to help others.

Trooper Nicholas Clark’s life “was taken because he did what we asked him to do,” said Police Superintendent George Beach, speaking to a crowd at an arena at Alfred University that included Gov. Andrew Cuomo and numerous troopers and other law enforcement officers.

“He went into harm’s way to protect the innocent, and despite the grave risk that he faced, he performed his duty to help others,” Beach said. “That is a true hero.”

Clark’s flag-draped casket was on the stage, surrounded by flower arrangements and enlarged photographs of the 29-year-old.

He died responding to a call early Monday near the Pennsylvania border. Police said Clark was fatally shot by 43-year-old Steven Kiley, who was later found dead inside his rural home in Erwin with a self-inflicted gunshot wound. Kiley was the principal of the K-12 Bradford Central School.

Clark grew up in the area in the hamlet of Troupsburg, where he was a standout high school wrestler and football player and was a two-time All-America honoree. He graduated from the New York State Police Academy in 2015 and transferred to the Bath barracks in August 2017.